75th Anniversary of the “Day of Infamy”

75th Anniversary of the “Day of Infamy”

“Yesterday, December 7, 1941—a date which will live in infamy—the United States of America was suddenly and deliberately attacked by naval and air forces of the Empire of Japan. . . . As Commander-in-Chief of the Army and Navy I have directed that all measures be taken for our defense. Always will we remember the character of the onslaught against us.”

And thus we remember the heroic efforts of those who served and the many lives lost, not just on that day, but throughout the conflict in the Pacific and around the globe during World War II. NavPress has a special connection to this seventy-fifth anniversary of the attack on Pearl Harbor: One of the original members of The Navigators ministry is a survivor of Pearl Harbor.

“I’ve have a very adventurous life for 103 years,” says Jim Downing. It’s not hyperbole coming from Lt. Downing. He lived through Pearl Harbor, was “Navigator Number Six,” and survived a nuclear blast. Sound like any 103-year-old you know? Me neither.

Jim was twenty-eight on December 7, 1941. He was in his ninth year with the navy. He joked that the USS West Virginia was his multimillion-dollar home, paid for by Uncle Sam, but he happened to be off the ship that morning when the Japanese attacked Pearl Harbor. Jim raced to the water, but by the time he got there the West Virginia had already taken multiple hits and was in flames. He managed to get aboard by jumping from the neighboring USS Tennessee. Once on board, he tried to keep the fire from reaching the lockers where live ammunition was kept. At the same time he tried to memorize as many names of his fallen sailors as he could to write back to their parents.

It will be no surprise that those experiences stayed with Downing in the seventy-five years that followed. He is, at 103, the second-oldest known American veteran to have survived that day, and he has spent much of his life reflecting on what he learned as a witness to one of history’s most infamous moments.

For Downing, who also recently wrote about his experiences in The Other Side of Infamy, the events of Pearl Harbor were not just a matter of the attack and military response. He made it a personal mission to reach out to the families of many of the men who were killed or injured that day, either providing information about those who had died or passing along the sentiments of survivors who were not well enough to write their own letters.

“I got many letters from parents being so grateful to me for making that link with their sons,” Downing said. “I was just trying to do what I thought was the most useful thing I could do at that time.”

Throughout his military career Jim was involved with The Navigators ministry. He came to Christ while sitting in a gun turret on the West Virginia. As his relationship with Christ grew, he took on more responsibility, leading Bible studies and being God’s “inside man” aboard his ship. Upon the completion of his twenty-four years in the military, he joined The Navigators full-time. He spent another twenty-seven years helping the ministry grow and spreading the Word of God throughout the Pacific fleet. Today, Jim devotes his time to traveling and speaking about Pearl Harbor and what it means to live a life of faith. 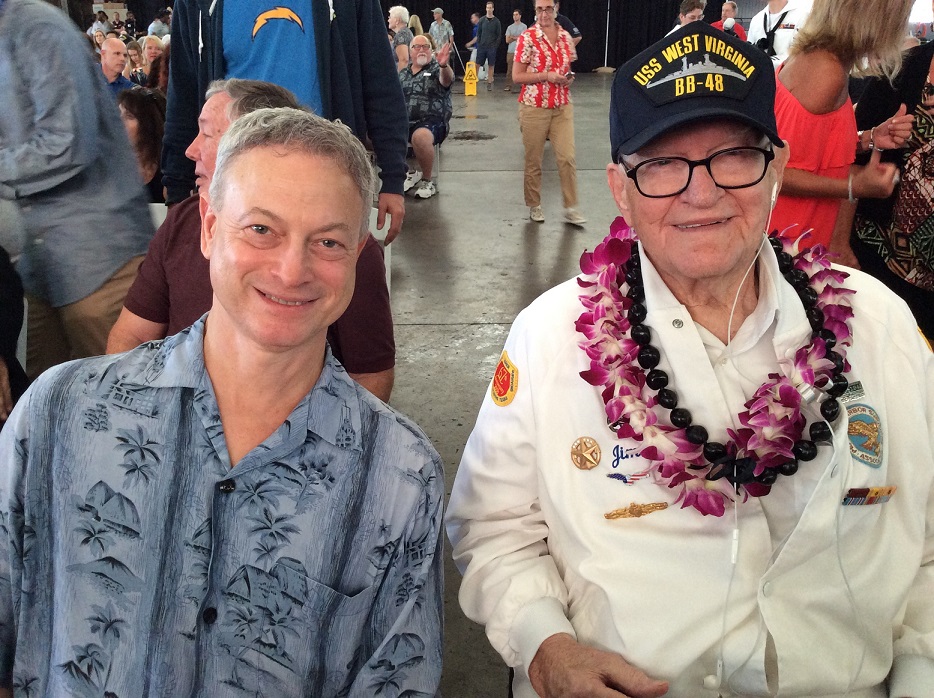 Actor Gary Sinise and Jim Downing at the 75th anniversary of the attack on Pearl Harbor. The Gary Sinise Foundation supports veterans and their families through a variety of programs and support. 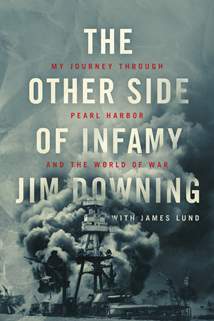 The Other Side of Infamy
by Jim Downing
$14.99
Price May Vary by Retailer
E-book
Softcover
Details