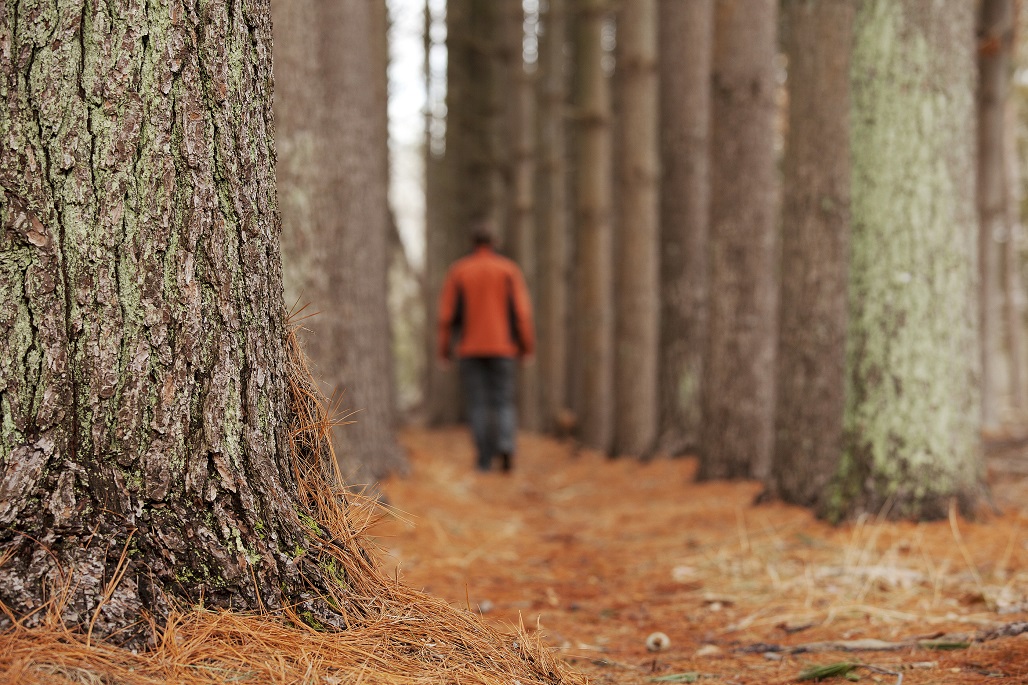 I was one of the hard ones.

I was not an easy believer.

I was a hard study.

Rebellion runs in my veins and rushes through my brain.

My rebellious nature put every member of the family through that wringer in one way or another.

My first seventeen years of life I lived the Christian faith through the loins and lens of my parents, mainly Mother.

But when I was seventeen, I dramatically deconverted.

I wish I had a deconversion story worthy of Augustine, but I don’t.

Augustine was brought up by a Christian mother (Monica) in the hills of Numidia, now eastern Algeria.

He was deconverted by reading Cicero’s Hortensius, and finding the literary and moral standards of Cicero superior to what he found in the Scriptures, for example, polygamy in Genesis and differing genealogies in the Gospels.

He could not shake off the faith of his mother, and eventually he reconnected to Christianity.

I don’t have a testimony that glorious, but I can date my deconversion down to the song and verse and one particular never-to-be-forgotten moment of decision.

I was playing the organ for the “Great Preaching” Sunday morning worship that concluded the eight-day Pine Grove camp meeting that the Genesee Conference of the Free Methodist Church conducted each year at Saratoga Springs, New York.

In the front row sat Linda, the girl I was dating.

I thought I was pretty hot stuff, and I couldn’t wait until the end of the invitation song to get what I thought would be my good-bye kiss. 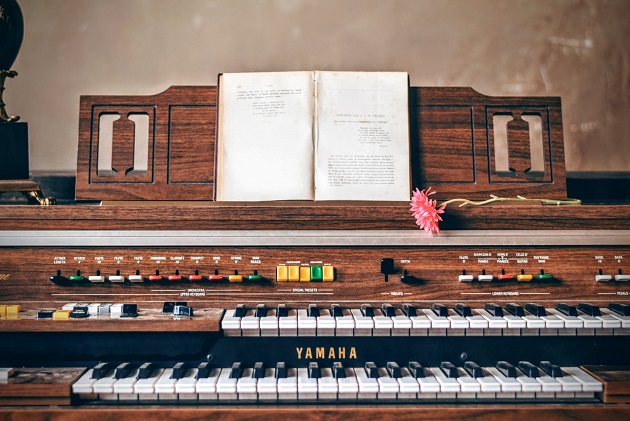 On the third of six verses of the invitational hymn “Softly and Tenderly,” out of the corner of my eye, I saw Mother’s best friend Ruth get out of her seat toward the back of the tabernacle and “hit the sawdust trail,” as they used to call it.

I couldn’t believe my eyes. Ruth Kuhn was the closest thing I knew to a saint, next to Mother.

She was the one I called on the phone when I feared that the Rapture had taken place: If she answered, I would quickly hang up and breathe a big sigh of relief, knowing that we had not been left behind.

Ruth, the person on whom I banked all my eschatological hopes, was making her way up to the altar.

But then she kept going, coming right up to me.

She threw herself on me and got medieval: “Now is your appointed time, Lenny! Now is your time!”

She began pulling me off the organ bench onto the altar below.

What’s the worst thing that can happen to a seventeen-year old?

Especially one who is dating the district superintendent’s daughter?

At first I tried ignoring Ruth, hoping she’d go away.

I had years of practice ignoring pulls at heart strings.

“I shall not be moved” was my theme song growing up, my fingers rooted in the back of the pew, while listening to the yammering and sometimes hammering of the most heart-wrenching altar calls ever given.

The cold shoulder wasn’t working on Ruth, so I tried reasoning with her.

“If I were to go to the altar with you, Ruth, who would play the organ? We’d have to end the service.”

Her entreaties only became louder: “The Lord will provide, Lenny. You just go.

The Lord will send angels to play in your place. Now is your appointed time!”

I tried shoo-shooing her away.

But the more I tried to push Ruth away, the more determined she was to haul me to the altar.

That’s when it hit me: You’re playing for your own altar call!

Ruth kept wailing and wrenching me off the bench.

The harder she pulled, the louder I played and inwardly sang.

When we arrived at the third verse, she suddenly stopped.

She shook herself off, turned around, and retraced her steps back to her seat.

About a third of the way down the center aisle, she stopped, hung her head, and shook it emphatically a couple of times.

When I saw that shake of her head, I knew the semiotics of what that meant.

Ruth was symbolically releasing me to the devil.

In her mind I had quenched the Spirit, the one unpardonable sin, and from now on I was on my own, with no protection from God.

When I saw her do that, I said to myself, I’m out of here.

I no longer believe there is a God, but if you do exist, God, I hate you.

I want nothing to do with you.

That was the moment of my deconversion, my faith-toppling moment—during my own altar call.

There are thresholds we can cross. We have a language of never-agains which demonstrate this:

“That’s one time too many.”

“You’ve pushed me on too far.”

“You went over the line this time.”

The shaking of the head pushed me over the threshold.

When Mother came up to me afterward, it was as if I had contracted Tourette’s syndrome.

I couldn’t stop swearing; I spewed out every swear word I had ever heard but never uttered.

For those present, my flood of filth just confirmed the verdict of the shaking head.

I never saw or heard from Linda again. 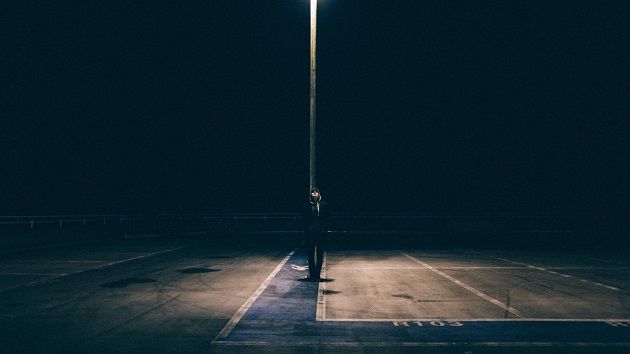 For the next six years I planted a prairie.

I became an atheist who told people—even told God—that I didn’t believe in God.

The irony was that it was only after my deconversion that God started working on me big time.

I was now engaged in a conversation, and that conversation was the beginning of a relationship that has brought me to where I am today.

What does God want more than anything from us?

And even an argumentative and negative relationship is better than rote and ritual obedience.

The minute I deconverted, I began a very passionate and personal quest to determine what was truth with a capital T.

I went on pilgrimage, visiting Marx and Mao, Buddha and Krishna, rock and pop, Eastern religions and no religion.

As an apostate reprobate, that impenitent thief on the cross was one of my heroes, my patron saint, even: defiant, glacial, impermeable.

To say I broke Mother’s heart with my rifts, ructions, and rebellions would be an understatement.

My rejection of faith was a double blow: Because of her gender, she could not fulfill her mission, but I could.

It hit me one day what was at stake for Mother: Sometimes she would break down and let me know how hard she was praying for me.

The key component of every liminality, as anthropologist Victor Turner noted, is that river water that has become murky wetlands or swampy streams keeps tracking with the river.

In liminal stages of life, you need to leave the main river so that the toxins can get removed and the water cleansed.

But all the while that purifying process is taking place, you must keep tracking alongside the river so that you can return to it.

And when you return to the river, you enter it with a higher degree of passion and purity than when you left it.

That’s what happened to me during college and graduate studies.

During my six years of atheism, I stayed connected with Christianity in a unique “tracking.”

I said, “I’m no longer in that river,” but I kept engaging it intellectually.

During my seminary education, I had a requirement of field education, meaning I had to work in a church setting.

My major faculty mentor invited me to be his teaching assistant so I wouldn’t have to do church work.

But the dean of students, a chain-smoking Episcopal priest named Joseph A. Pelham vetoed the exception.

So there I was, headed to a Presbyterian church for supervised ministry when I wanted nothing to do with the church.

I was not happy, but I wanted my A, so I had to do what I was assigned.

A marvelous pastor, C. Frederick Yoos, helped me fall in love with Jesus and the church again.

He was a wonderful preacher, a fantastic pastor, and a skilled mentor.

Under his tutelage, and that of a Lutheran campus pastor Fred Lassen, I saw how the church is the sleeping giant of our time—the most underrated power for good in the world today.

Our head wants to know God, but our heart wants to be known by God.

One day Pastor Yoos sent me on a blind pastoral call to someone in need.

I had no idea what I would find.

He just told me I was going to have to handle it pastorally. I was sent to the home of Margey Wilke, and I found her crying when she answered the door.

It was the anniversary of her husband’s death in Vietnam.

I had a number of friends that had been killed or maimed there, and it suddenly hit me that Margey’s husband could have been me.

But for the grace of God I could have been killed in Vietnam. Why was I still alive, when so many I knew weren’t? 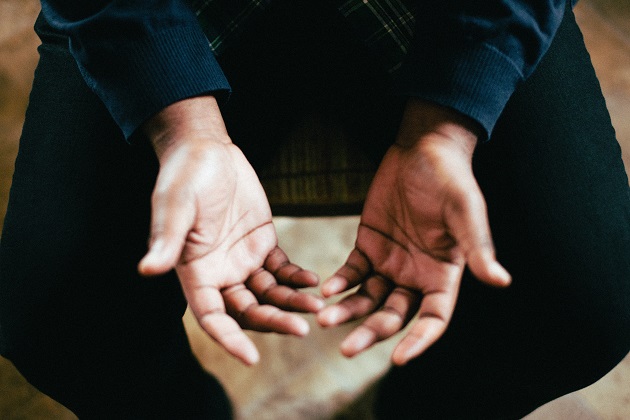 As I started to minister to Margey, she ministered to me.

And I ended my first “pastoral call” on my knees in her living room, asking God to forgive me and for Christ to come into my life.

Before I deconverted, I was nominally a disciple.

I was living a religion through my parents.

I had a hand-faith, a faith that went through all the motions, but with no head and no heart.

It is now clear to me that I had to go away in order to come back. 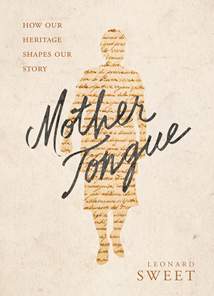