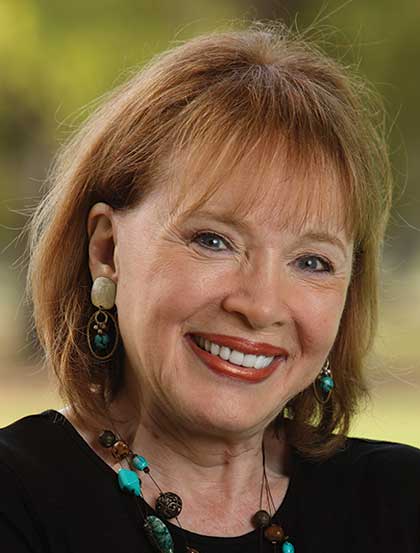 Carol Kent is a bestselling author and a popular public speaker best known for being dynamic, humorous, encouraging, and biblical. She is a former radio show cohost whose messages have been featured on Focus on the Family. She has been a keynote speaker at Women of Faith, Time Out for Women, and Heritage Keepers arena events, as well as a presenter at The Praise Gathering for Believers and Vision New England's Congress. In addition, she has also been featured at many of the Extraordinary Women and Women of Joy arena events. Carol has expanded her speaking opportunities internationally, traveling to South Africa, Germany, Bulgaria, China, Korea, Hong Kong, Guatemala, Mexico, and Canada. She regularly appears on a wide variety of television and nationally syndicated radio broadcasts. Past appearances have included the Billy Graham Prime Time TV Special, Dateline (NBC), CNN LIVE, Deborah Norville Tonight (MSNBC), The Harvest Show, Aspiring Women, Significant Living, In Touch (with Charles Stanley), Focus on the Family, On Main Street, LIFE Today (with James Robison), Prime Time America, Midday Connection, FamilyLife Today, HomeWord (with Jim Burns), Key Life Network (with Steve Brown), and 100 Huntley Street. Carol has also been a keynote speaker for the televised and nationally syndicated women's conference sponsored by Church Communications Network. She is the president of Speak Up Speaker Services, a Christian speakers' bureau, and the founder and director of the Speak Up Conference, a ministry committed to helping Christians develop their speaking, writing, and leadership skills. She and her husband, Gene, have founded the nonprofit organization, Speak Up for Hope, which benefits inmates and their families.

Carol holds a master's degree in communication arts and a bachelor's degree in speech education. She has taught speech and drama, and directed women's ministries at a large Midwestern church. She is also on the advisory boards of the Advanced Writers and Speakers Association and MOPS International. Her books include: Unquenchable: Grow a Wildfire Faith that Will Endure Anything and Between a Rock and a Grace Place (Zondervan), Miracle on Hope Hill (Howard), A New Kind of Normal (Thomas Nelson), Waiting Together (Discovery House), When I Lay My Isaac Down, Becoming a Woman of Influence, Mothers Have Angel Wings, Secret Longings of the Heart, Tame Your Fears, Speak Up With Confidence, and Detours, Tow Trucks, and Angels in Disguise (all NavPress). She has also co-written with Karen Lee-Thorp the Designed for Influence Bible Studies (six books, NavPress). Carol was the coauthor and general editor of the Kisses of Sunshine Series (five books, Zondervan). Her articles have been published in a wide variety of magazines, including cover stories for Today's Christian Woman and Christian Living Today. Connect with Carol on Facebook at: www.facebook.com/authorcarolkent and on Twitter at: www.twitter.com/CarolKentSpeaks www.CarolKent.org www.SpeakUpConference.com www.SpeakUpSpeakerServices.com

All Products From Carol Kent

Becoming a Woman of Influence

Secret Longings of the Heart

Speak Up with Confidence

When I Lay My Isaac Down Study Guide

When I Lay My Isaac Down