We are entranced by stories that take us to a world where heroes fight evil and sacrifice themselves for a greater good because we long for our world to be free from pain, suffering, and struggle. That’s the real hope and promise of Jesus—when He returns to set things right.

In Hollywood Heroes, you’ll see how:

Hollywood Heroes begins with the true story of a US Navy SEAL who faced evil and sacrificed himself to save his teammates. Authors Frank and Zach Turek then use Spider-Man’s origin story to address the question: “Why would a good God allow evil?” You’ll then read how seven movie franchises—Captain America, Iron Man, Harry Potter, Star Wars, The Lord of the Rings, Batman, and Wonder Woman—portray the battle against evil, providing a set of modern-day parables that reveal truths about God and His mission for us. 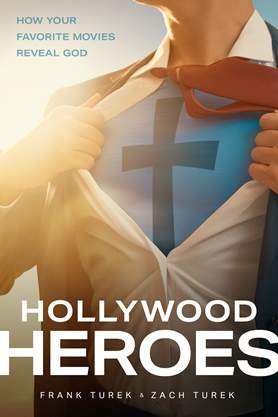