by Paul E. Miller, author of A Praying Life: Connecting with God in a Distracting World
I wrote a book on prayer but, until 2008, I never thought about praying with my daughter every morning. Let me explain.
My daughter Kim has multiple disabilities—including autism—so everything takes a little longer in the mornings. We’d go through the motions of getting 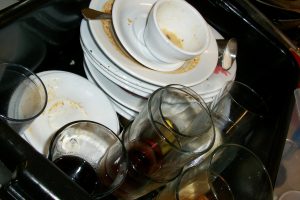 dressed and eating breakfast, and then I’d prop up Kim’s speech computer in front of her so she could pray. Often, I’d do the dishes while she was praying because I had to get to work.
But one morning in 2008 I was convicted that I should sit down with Kim and look at her—pay attention to her like Jesus did—while she was praying. As soon as I did that, Kim’s prayers came alive. She excitedly began to tell people that she would pray for them, and then she would pray for them on the spot. Kim loves to pray for people who are struggling with anger or who are sick. We also pick out “the worst” grandkid each morning and pray for him or her. We’re praying for Maggie right now, because she gets feisty.

My wife, Jill, and I never grow tired of hearing Kim’s electronic voice chattering away, making her requests to God (and often making us laugh in the process). Kim knows that we love to hear what’s on her heart. In the same way, she knows that God never grows tired of her requests. Kim believes, like a child, that he delights in her and has the power to do good on her behalf.
Kim never learned the non-real, non-personal ways of praying that so many of us have been taught. She doesn’t put on a religious face or clean herself up when she prays. She doesn’t wait until she’s more hopeful or less tired. No concern is too big or too small. Kim fearlessly brings her real self—not to mention her real family and friends—to God and asks for help. Praying with Kim is the highlight of my day! 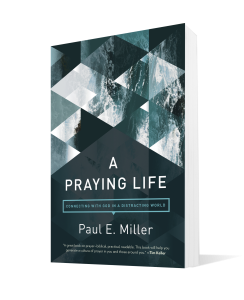 Deepen your prayer life with the updated book, A Praying Life: Connecting with God in a Distracting World by Paul E. Miller. The book has been updated with a new chapter on prayers of lament, and an entire chapter is devoted to using prayer cards.

1 thought on “How I Pray with My Autistic Daughter”