We arrive home, and I unload the bags while Penny unpacks her backpack. “Do you have any homework?” I ask.
“Nope,” she says.
“Well, are you working on anything at school these days?”
“Research,” she says.
I have learned to wait for more information instead of peppering her with questions. I hang the calendar on the wall next to the refrigerator and put the plastic bags in the cupboard.
She climbs onto a stool at the kitchen island and says, “Big questions. Like, my ‘big question’ is ‘Why is Down syndrome scary?’”
I stop moving for a moment, my back to her, my throat suddenly tight.
She says, “I know you were scared when I was born. But I don’t know why.”
I nod, allowing her words to take me back to those early days. I once compared the way I felt to a woman standing on a beach before a tsunami, watching the water recede, knowing a wave was coming, and knowing she could do nothing to stop it. But the fear that once swept over me like surf pounding a rocky beach is hard to even conjure in my imagination anymore. Why is Down syndrome scary? 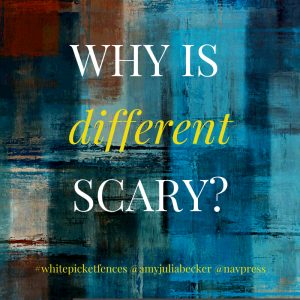 Some of my fear was for Penny’s health, but even once the medical concerns had been alleviated, the fear remained. In some ways, Penny’s “big question” might as well be, Why is difference scary?
“Down syndrome isn’t scary to me anymore,” I offer, turning to face her.
She holds my gaze for a moment and nods. “Can I have some nachos?” she asks.
Together we assemble the chips and cheese. She heats them up in the microwave and munches with contentment. I’m still thinking about this afternoon—about who she is becoming and about how she has taught me to understand identity differently than I once did, both hers and mine.
Penny’s arrival in our lives (see Ministry of the Disabled article) pushed the question of human identity into the forefront of my mind. Was my identity the same as our daughter’s? Or were we fundamentally different from one another? I went back to philosophical arguments from college about what makes us human. Did our humanity arise from the capacity to reason—I think therefore I am—in which case people with severe intellectual disabilities, or people who haven’t had access to Western school systems, might be considered less than human? Did our humanity arise from our capacity for laughter, our ability to create art, our tool-making, our capacity for language? 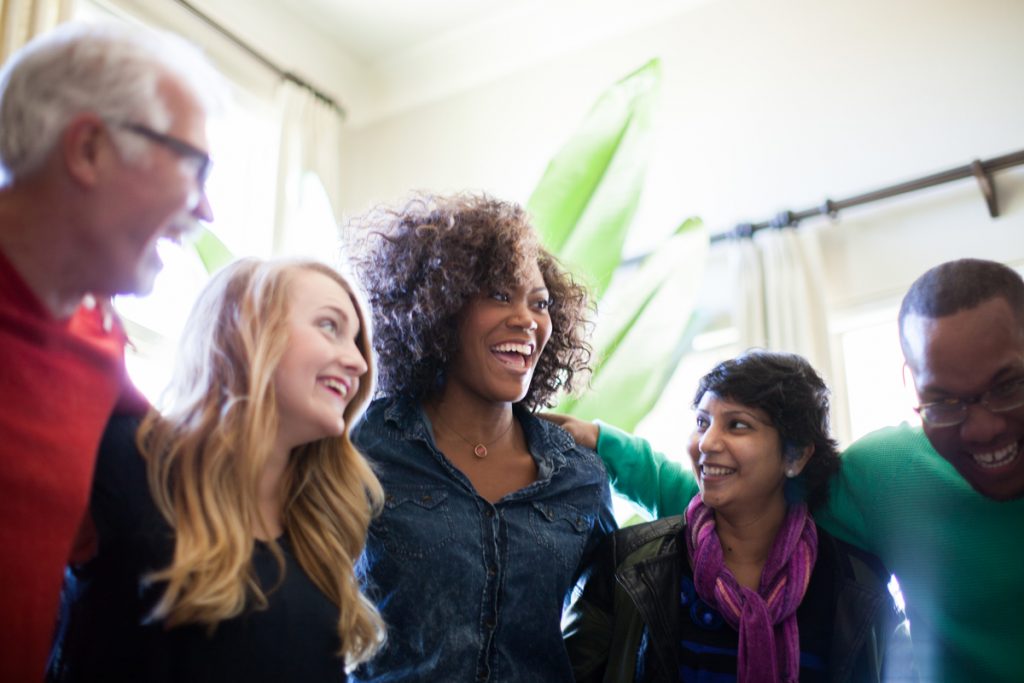 None of those answers satisfied me, so I turned to the early pages of the book of Genesis. This ancient Hebrew text states it clearly and simply: Both male and female were created “in the image of God.”[i] Figuring out what it means to be created in the image of God has prompted much theological debate, but I am inclined to believe we overthink it. There are dozens of names for God throughout the Bible and dozens of attributes used to describe God, but God is equated with a single concept only once, in a letter written to the early church by John. “God is love,” John writes.[ii] God’s nature—for all its complexity and inscrutability—can be stated succinctly: love.
Penny eats in silence as I wash the remaining breakfast and lunch dishes. I wonder whether it really could be that simple: Human beings, as God’s “image bearers,” are created to receive and reflect God’s love. From the beginning of the human story, at least according to Genesis, humans are those who are loved by God and called to love others. Love is who we are and who we are meant to be. Love is what makes us human.
When I encounter someone with whom I do not have an easy affinity, someone different from me by virtue of age or religion or economics or ability, I want to remember what we hold in common, that we both bear the image of God, the image of love. That reminder doesn’t change our differences or eliminate the markers of our respective identities. It doesn’t make me “color-blind.” Rather, it opens me up to the possibility that in this human being who is different from me, I can see and learn and grow and receive and give back to the love that fuels our existence.

A voice in my head argues that I am oversimplifying things. A cynic might roll his eyes at my abstract and idealistic portrait of humanity. Christians could easily do the same, because I haven’t acknowledged the dark side of human nature, what religious people call sin. Indeed, just a few pages beyond the Bible’s description of the glorious creation of human beings comes the scene in which those two original image-bearers of God chose to turn away from love and toward themselves.[iii] We humans have been repeating their pattern ever since. I used to think of sin as immoral actions, but I have come to think of it as much more than that. I now think of sin as everything that separates us from love. That’s why I often use the word brokenness instead of sin to describe everything in me and in the world around me that doesn’t line up with love. Sometimes that brokenness arises from an action for which I am responsible—I cause fissures in relationships when I lie or say mean things about someone else, for example. But other things—like war or mental illness—can separate us from love even when we have no control over them.
Broken and beloved—these truths of my identity connect me to every human being who walks this earth. If I start to see people who seem radically different from me as those who instead are radically similar to me—needy, broken, with the potential for beauty and joy and glory—then love could begin to connect us, and fear would not be able to divide us. Love could hold us together.

These two poles of human existence—sin and love—seem to be in constant tension with one another. If anything, when I look at the newspaper headlines, I might think sin has the upper hand in identifying who we are as a human race. But before sin entered the world, God—which is to say, Love—existed. Love existed from before the beginning, and love exists eternally. Sin is an interlude, an interloper, a torrid distraction from the love of God. Christians believe that Jesus overcame sin through an act of sacrificial love. The power of sin was broken by love. Love remains. As much as brokenness defines our identities and our world right now, deeper still is our common identity as those who are loved.

Penny finishes her snack and brings her plate over to add to the dishes. I turn off the water and call after her, “Hey Pen, you know your big question? Do you have an answer yet?”
She shakes her head. “Not yet.”
I bite the inside of my lip. Why is Down syndrome scary? She is doing her own research. She hasn’t asked for my response. But I want her to know that the fear has receded, leaving me instead with this earnest, green-eyed daughter, this unexpected treasure after the storm.

I check in with Penny about her research over the next few weeks. She learns about extra chromosomes and low muscle tone and some of the distinguishing features of Down syndrome. But she never answers her big question. Perhaps one day she will understand why we felt the way we did, or maybe it will always bewilder her that we were engulfed by fear when we were presented with the gift of her life.
… She is just starting to discover her own identity, but a decade ago she pushed me to recognize the ways I had constructed an identity based on a false self—based on the intelligence and abilities and cultural background that set me apart from others rather than recognizing the personhood that had been bestowed upon me and upon every other human being I have the privilege to encounter. It is because of Penny that I have begun to believe that what we all hold in common is love.

This excerpt was taken from White Picket Fences: Turning Toward Love in a World Divided by Privilege by Amy Julia Becker 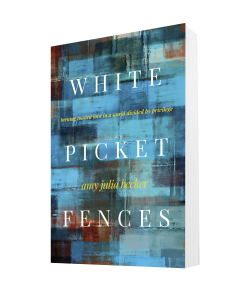 Would you like to read more? Here is the first chapter. To buy the book, visit NavPress.com to buy, or for a list of retailers, including local stores near you.
[i] Genesis 1:27
[ii] 1 John 4:8
[iii] Genesis 3