The next 266 words are best read with an English accent.
When we moved to America, one of the things we had to get used to was how folks greet each other. You’d think it would be the least of our worries. But it was confusing at times—so many choices! Once when I was picking up a rental car from an airport, I walked out to meet the guy who was going to give me my keys. Wanting to make a good impression, I’d narrowed my greeting down to two options:

Really simple! Just pick one.
So I approached the man, a lovely older gentleman, and with my hand outstretched and my brain narrowing the choice further in my head, it all felt so easy. That is until I opened my lips. I tripped over the words, and a glorious “How” came out of my mouth.
Embarrassing!
The one American greeting it took me a while to get the hang of was “whassup.” Now I’m not saying I don’t know what it means—What is up? But I didn’t know how to respond. I always wanted to answer with something like, “Well, actually, I’m kinda feeling it today; we just moved over and everything’s a bit unfamiliar and disorienting and we didn’t know what dog food to get or laundry detergent” and so on. That’s what’s up!
What I didn’t know was that the correct response would have been simply to say, “Whassup,” back to the person. It’s totally not required to enter a dialogue about your well-being.
But I thought they cared.
I guess the equivalent I grew up with was:
Person 1: “All right, mate?”
Person 2: “Yeah, all right?”
So there we are. Is everything all right?
Well, probably not entirely. Not if we’re like the people listening on the hill that day, the kind of people Jesus calls blessed.
Looking back at what we’ve seen so far: The Beatitudes are not about achieving anything, but about what’s missing.

Our Teacher is announcing the incredible promise that here and now, in our poverty, sadness, and lack of power, when we can’t get it right, God is on our side.
I like the way Frederick Bruner puts it: “God helps people who need help simply because they need help, not because they meet spiritual conditions.”
Jesus is also announcing that something’s about to change, that a new way of looking at things is here, and more is coming. As N. T. Wright says, “[The Beatitudes are] an announcement, not a philosophical analysis of the world. It’s about something that’s starting to happen, not about a general truth of life. It is gospel: good news, not good advice.” 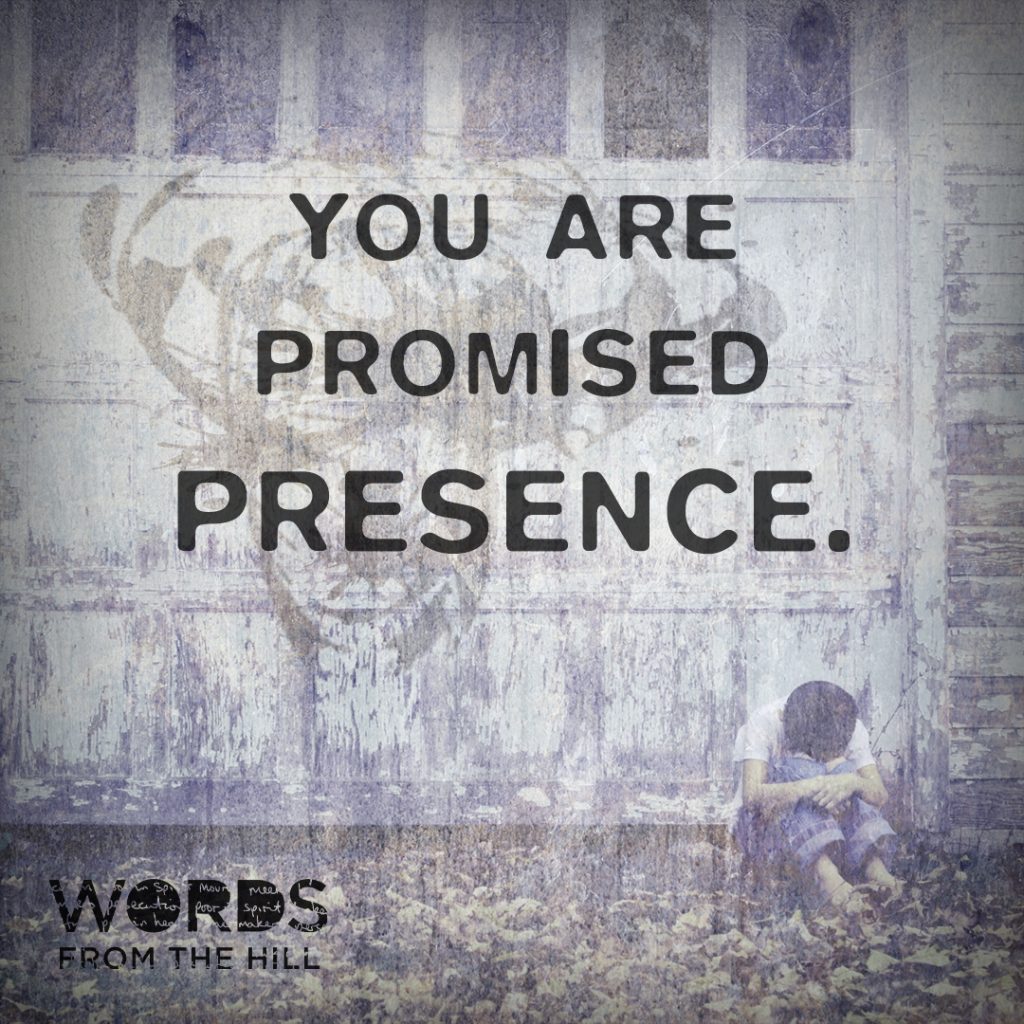 So there is something of a not-yet-ness to the Beatitudes. Jesus is announcing that the Kingdom of God is coming, and it’s upside down from the way the world currently works. And it is really good news because God is with:

These announcements are for those on the outside—the underneath, the undesirables, those for whom it really isn’t working out. For whom everything is in fact not all right. And if you feel like this, if you’re in that place, or if your heart is broken for people who are in that place—you’re probably feeling hungry for a change.
And that’s what this next beatitude is about—because inside that hunger is where the blessing is.
God is on your side.

Somewhere along the line somebody told me that I had to try really hard to do the right things, and that if I succeeded in doing the right things then I’d really make it, I’d be someone, I’d be a success, I’d be blessed.

I used to think that being hungry and thirsty for righteousness was about striving and straining and obeying the rules, being morally pure and upright, without any guilt or shame. I used to think that what Jesus was saying is if I try really hard and do this set of things, I can be like him—and then I’ll be blessed.

Because I’m an ordinary human being.

And oftentimes life is really hard and not good news.

Our Teacher announces that God is with us in the things that are absent, and not in the achievement of a set of spiritual virtues, so maybe to hunger and thirst for righteousness is not so much about trying to be super holy—but about living in the famine and desperation for God’s righteousness and justice.

Continue reading Words from the Hill: An Invitation to the Unexpected by Stu Garrard. Explore the beatitudes with Words from the Hill and the larger Beatitudes Project. The project also includes an album and documentary film.
Stu G is a guitarist and producer. He is best known for his time with Delirious? and now tours with Michael W. Smith. Stay up to date with him at stugworld.com.

Latest Articles:
The Glory of God Changes the Stakes
The Story Isn't Over Yet
Salvation in the Slush Pile

2 thoughts on “God Is On Your Side”