There’s an ancient idea that needs unearthing, but it’s buried under wars and breakfast dishes and the argument I had with my wife yesterday. It’s hidden beneath dusty beliefs and traditions that are now fraying at the edges. The idea is a word, but it’s so much more than a word.
The idea is shalom.
Shalom is a diamond, and if you hold it up and turn it, you’ll see its many facets glinting in the morning sun, sending bright light everywhere. It comes from the Hebrew root word shalem, which is usually translated as “peace.” Jerusalem literally means “city of peace.”
But let’s keep turning the diamond. Let’s keep watching where the light goes.
In addition to “peace,” shalom also means “wholeness, completeness, a state of being unbroken.” It’s a wedding ring, a perfect circle, even if it’s scarred and scuffed. It’s the long passage of the sun across the sky as our earth spins on its axis, giving us lush sunrises and expansive sunsets. It’s the reconciliation that is forged after a long conflict, when there is genuine repentance and authentic forgiveness. 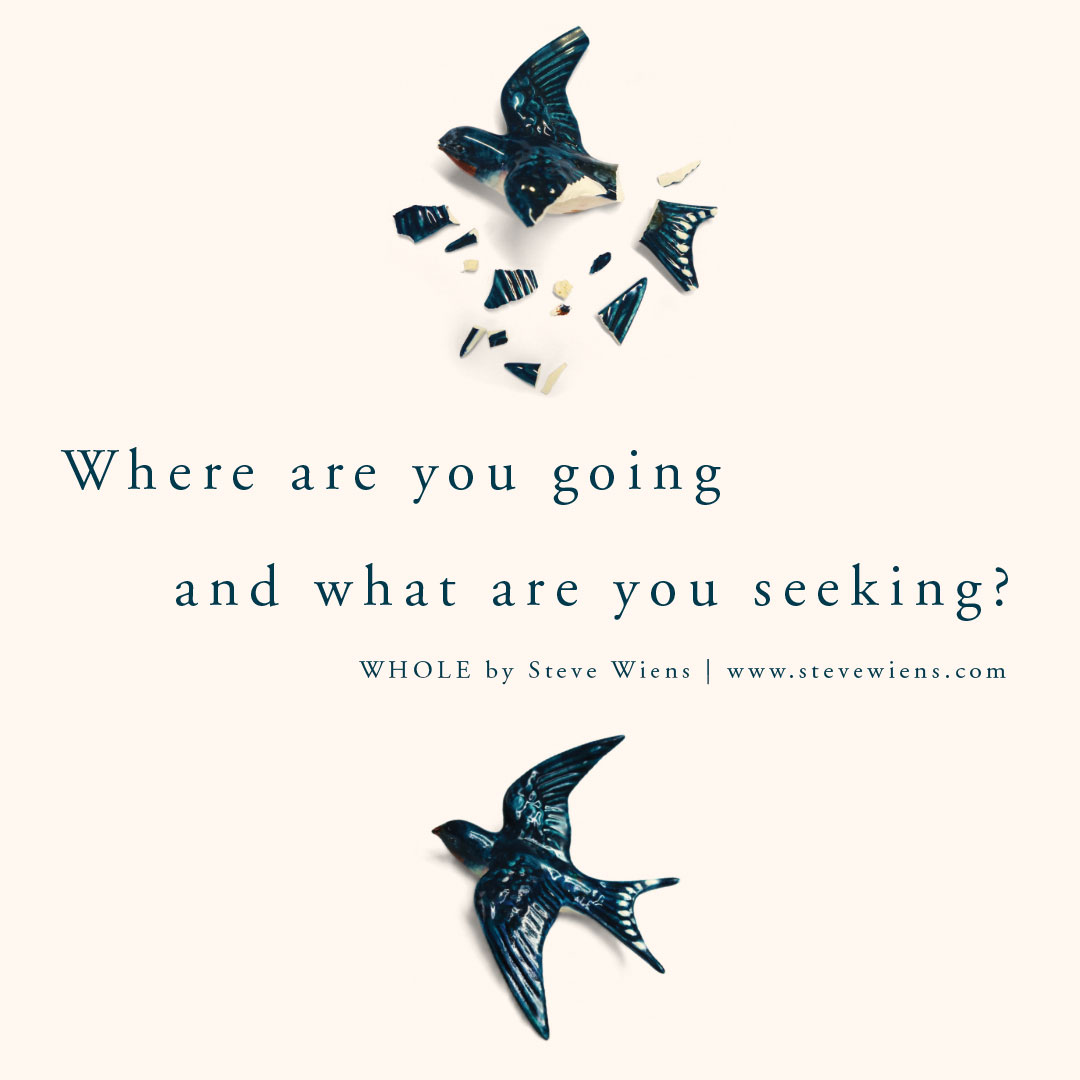 Shalom is the sense of well-being that comes when brokenness is made whole again.
In Hebrew, peace-making means whole-making, and not warm-fuzzy-deny-your-concerns-and-stop-being-difficult-making. Shalom is a state of being that is forged in the cooperative work between God and us. Like a diamond, shalom can sometimes look like jagged glass. The journey of whole-making can be dangerous. It’s costly. The opposite of shalom is the Hebrew word ra’a, which means “to be evil.” It’s the equivalent to the word ratsats, which means “to crush and break into pieces.” Evil, at its essence, is anything that conspires to crush and break into pieces that which was created to be whole. Ra’a creates distance between anything that should be connected together.
Ra’a fueled the planes that flew into the Twin Towers on 9/11. Ra’a prompted Dylann Roof to walk into the Emanuel African Methodist Episcopal Church in Charleston, South Carolina, where he sat calmly with its members for more than an hour before murdering nine of them. Ra’a marched into Pulse nightclub with Omar Mateen in Orlando, Florida, as he shot and killed forty-nine people and wounded fifty-three others in the summer of 2016.
Ra’a influenced a man named Cain to murder his brother, Abel. Ra’a persuaded Jacob to steal Esau’s birthright and then flee for his life. Ra’a plagued brothers all throughout the book of Genesis. It causes war, deception, and slavery. Whatever else ra’a does, it shatters what was made to be whole.
We’ve all swallowed the jagged glass of ra’a. But there’s something else inside of us, deeper than that, and if it can see the light of day, it will change the world.
You have a secret you want to tell, a whisper of shalom. A whisper of restoration.
I’m a pastor, but even so, it may seem like a stretch to tell you that I think the Scriptures can help you tell your secrets. The Scriptures hold both pain and promise; they’re the seeds from which restoration grows. They are shared when great questions are asked, the kind of questions that are strong enough to hold the weight of our secrets. 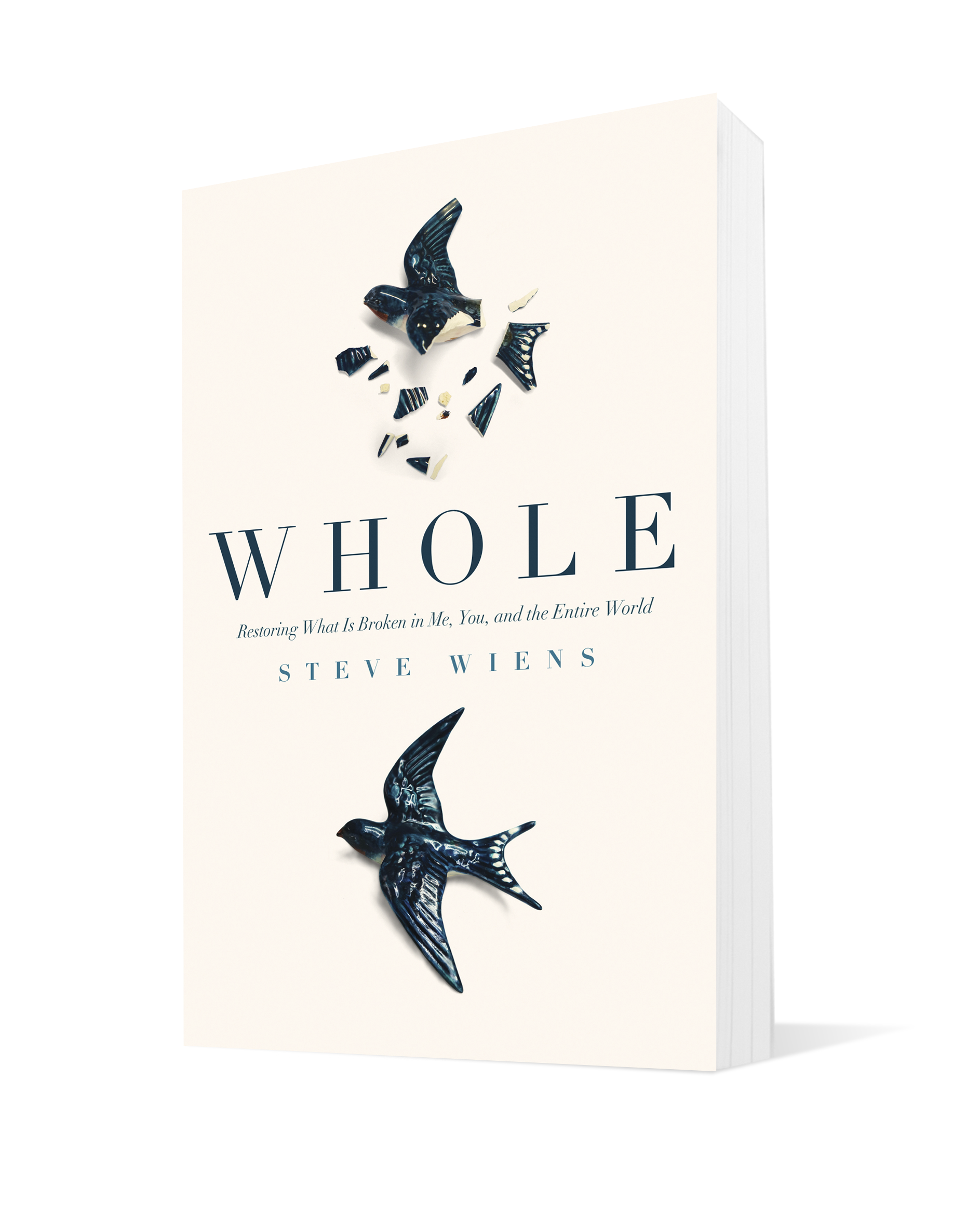 As you read this book, you’ll notice that I’m at least as interested in the questions that are raised in the Bible as I am in the answers that we find. For this reason, I spend lots of time wondering how this story relates to that one. I believe that the Scriptures tell an overarching story that leads to wholeness, but the Scriptures also include stories of heartbreaking brokenness. We prolong our pain when we try to fix the brokenness without going on a journey of restoration, which includes heartache, questions, and long periods of waiting. I point out this because you’ll notice that I use my imagination when I write about the stories of familiar characters such as Joseph, Moses, and even Jesus, exploring what might have happened in the white spaces around those black words on the page. I hope you’ll see my reverence for the Scriptures humming within those stories.
The Bible itself is whispering something, if we have the patience to hear it. And we are—all of us—caught up in it, whether we know it or not. The stories are sometimes epic and transformative, other times punitive and tribal. And yet, the river of the Scriptures flows toward restoring everything that is broken.
Uncovering the secrets buried in the Scriptures will help you tell your own secrets.

You’ve been reading from the introduction of Whole by Steve Wiens. Continue reading the first chapter here. Listen to Steve on his podcast This Good Word or check out his other book Beginnings: The First Seven Days of the Rest of Your Life

Latest Articles:
The Problem of Evil in Batman v. Superman
Four Words that Help Move Me from Grief to Acceptance
Connecting the Finite with the Joy of the Eternal