Given the travesties the church has committed in the past and the nonsense it still gets stuck in today, it’s tempting to just chuck the whole notion of religion into the waste bin of failed concepts. Mighty tempting, indeed. Especially when we ourselves are also guilty of many of those inconsistencies.
Millions upon millions of people are doing just that—chucking religion. How often have you heard this one: “I’m spiritual but not religious”? That’s a relatively new concept. I’m sure I never heard a statement like that during my high school years or anytime soon after, but it’s becoming very common.
Consider this:
The number of Americans who do not identify with any religion also has grown in recent years; indeed, about one-fifth of the public overall—and a third of adults under age 30—are religiously unaffiliated as of 2012. Fully a third of U.S. adults say they do not consider themselves a “religious person.” And two-thirds of Americans—affiliated and unaffiliated alike—say religion is losing its influence in Americans’ lives.[i]

Among younger people, the shift is even more stark. For eighteen- to twenty-nine- year-olds who grew up regularly attending church almost 60 percent have quit going.[v] In other words, we’re not connecting what we say we believe to what happens in church. Or we’re chucking the beliefs entirely.
Still, people cling to the idea of being spiritual, even if they’re not interested in formal religion. I know atheists and agnostics who are deeply, genuinely interested in spirituality. I know Christians who feel that going to church is actually an impediment to their spiritual growth.
Religion, as we understand it, is becoming less and less valid to us, but our hunger for real, deep, sustaining, and refreshing spirituality is as voracious as ever.
People who profess a nonreligious spirituality might say that they encounter the spiritual when they encounter mystery, when they are struck emotionally by the beauty of a sunset or experience a moment that is, for reasons that remain obscure, transcendent. Wonder has a lot to do with it.
Often, such people are particularly sensitive to the essential fraternity of humanity and the magnificence of the natural world. Fragility touches them. Creativity moves them. They tend to be curious and want to be open to possibilities that others might consider absurd or valueless. They believe that the universe is made of more than atoms and molecules, and that life of any sort is precious. 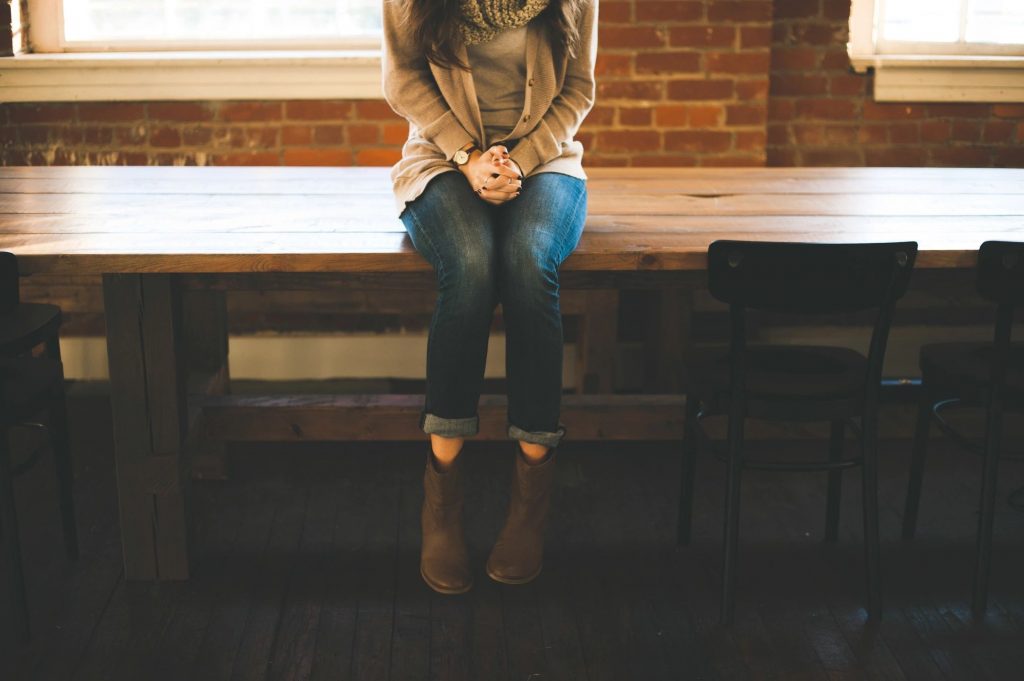 While the sacraments of baptism and Communion may have no value to them, eating a square of chocolate (dark, probably—antioxidants and all that) or paddling a canoe along the shore of a quiet lake would seem to them like much the same thing.
They don’t want to be bound by rules that don’t make sense to them and are set for them by someone else. They want to be free.
To such folk, and such values, I utter a quiet “Amen.” Except, of course, that baptism andCommunion do have value to me. (Also, I prefer milk chocolate.)
As attractive as such an unfettered spirituality is, it does present some problems.

I’d suggest that there’s another side to what a lot of people really mean when they say, “I’m spiritual but not religious,” or, even more so, “My spirituality is very private.” I think what many people really mean is, “I don’t want you talking to me about it. I don’t want people scrutinizing my faith, because if they do, I’ll have to scrutinize it, too—and I may discover that my spirituality isn’t all that deep or coherent or integrated with the way I really live. Furthermore, if I have to start actually declaring what I believe, I’ll be held accountable by what I say—I’ll have to actually behave accordingly.”
And there’s the rub. As much as we might like to at times, we can’t divorce our inner, individual, spiritual lives from our outer, communal, material lives. When we try, or actually do separate what we say we believe from how we live day to day, we do violence to both ourselves and our society. We dichotomize our own souls.
Those four out of five Christians identified by Barna as admitting that they aren’t really deeply committed to their faith are living with a destructive dissonance at the very heart of their lives. By distancing themselves from whatever they find demanding or contradictory about the tenets of their religion, they are also cutting themselves off from not only the benefits of it but also, in some measure, from their sense of identity as the people of God. 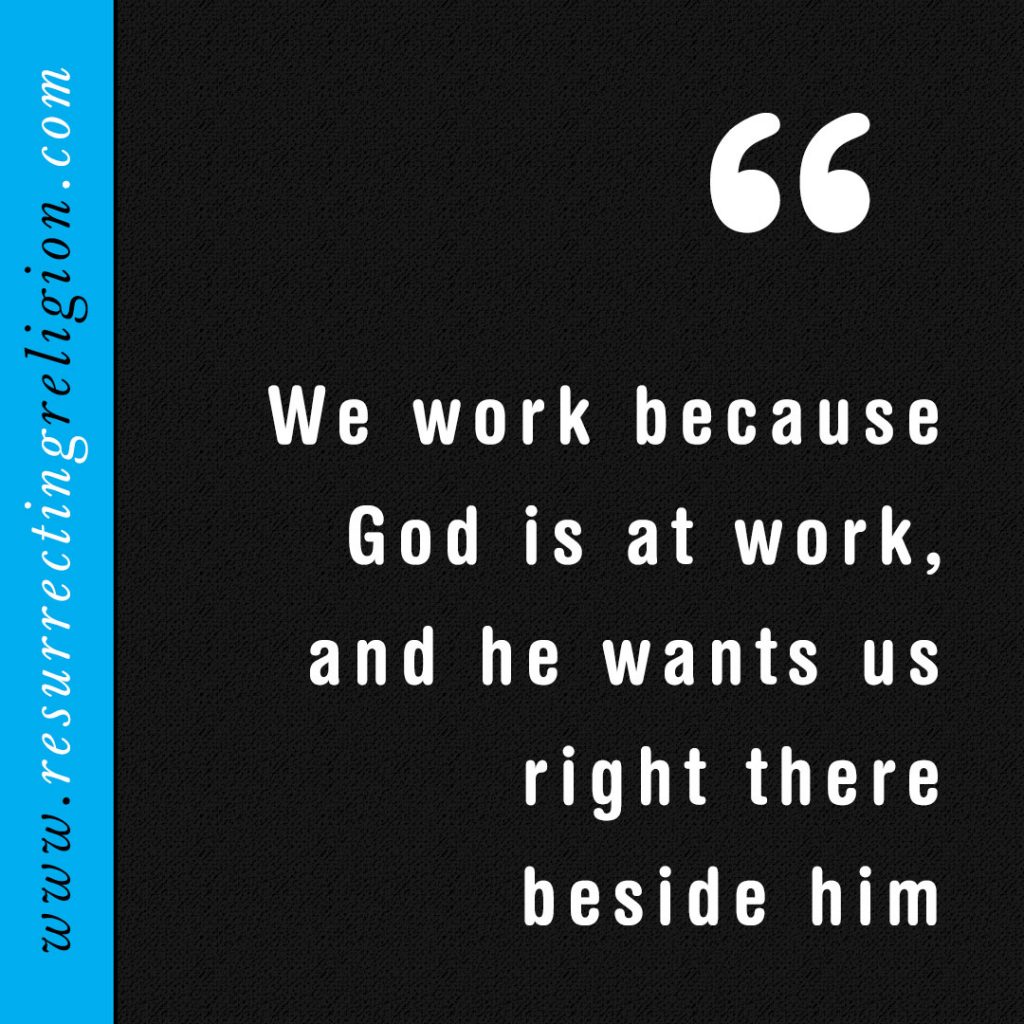 It’s understandable, but it’s tragic.
This kind of gap can lead to us succumbing, usually in simple ways, to the blandishments of the culture around us. When our actions don’t line up with our beliefs, we begin to feel shame about those inconsistencies, and that starts a destructive cycle. We isolate ourselves more from the people around us for whom the church thing seems to work—and it does seem to work for some, doesn’t it?—and then we feel guilty about that, too.
All those well-ordered lives and those shiny faces, brightly turned toward the pastor on Sunday morning. It must work for them; it just doesn’t work for me, is how our thinking goes, and that means there must be something wrong with me. I don’t trust enough, read Scripture enough, pray enough . . . the Bible study group is boring, and even when the preacher is lights-out good, I can’t remember what he said three days later.
Seriously, how many times have you listened to a sermon that significantly changed your life? Once? Twice? Never?
Listen, I preach a lot—at Sanctuary, other churches, and conferences. Let me tell you a secret: It’s not working very well for most of the shiny-faced folk either. As a visiting speaker—a stranger—I routinely have people tell me something that they feel they can’t share with anyone in the church. Those bright eyes and big smiles are often hiding the same kind of disappointment and resignation that you and I so often feel.


It’s clear, if you read through the Barna material, that the majority of Christians are pretty dissatisfied with their spiritual lives. Maybe they avoid deep commitment simply because it’s inconvenient and less entertaining than movies or March Madness. Or because of that desire to be free from the expectations of others. Or they’ve tried the Bible studies and small groups, and they didn’t work. But maybe it’s because what they are being asked to commit themselves to doesn’t ring true or isn’t challenging or fulfilling enough.
Here’s what conventional church provides us: some instruction in what the Bible says and how that should affect our lives; some cool and entertaining stuff for the kiddies, so they don’t go looking for trouble; some rituals that either comfort us or ratify some of life’s big events; a handful of people who will pray for us, if things are going so badly that we become desperate enough to submit the bare facts for publication in the church bulletin; a group of people who remind us that we are not alone in believing this wild story about God becoming a man, and so on; the occasional opportunity to do something good (but simple, not too demanding) for people elsewhere who are struggling; a little inspiration once in a while, if we’re lucky.
In our guts, we know that this is not all the church is supposed to be.

You’ve been reading with Greg Paul from Resurrecting Religion: Finding Our Way Back to the Good News. Learn more about Greg and his church at resurrectingreligion.com.

“With raw vulnerability and buckets full of hope, Greg Paul will restore your faith in the church.” – Steve Wiens, Pastor and Author. See more praise for Resurrecting Religion here. 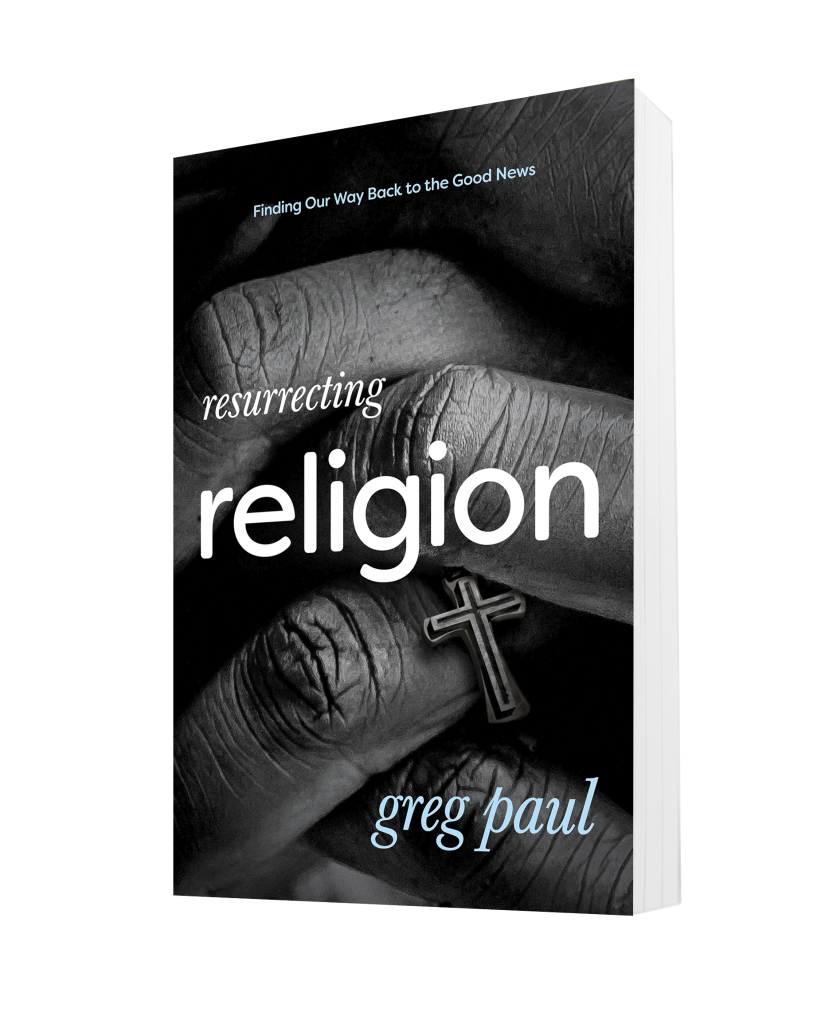 Latest Articles:
Who Should I Invest My Disciplemaking Efforts in?
The Problem of Evil in Batman v. Superman
Four Words that Help Move Me from Grief to Acceptance

7 thoughts on “Are you Spiritual or Religious?”