Skip to content
Share this:
If you’re like me, you may have read the creation story in Genesis so many times without every really noticing its profound nature. The truth is that there is much power contained in these few sentences. Let’s take a look together at five truths about your identity found in the scriptures below.

Then God said, “let us make mankind in our image, in our likeness, so that they may rule over every living creature that moves on the ground…So in the image of God he created them; male and female he created them. God blessed them….“—Genesis 1:26, 27, 28 (NIV)

1. You were created in God’s image.

In the Ancient Near East, it was believed that images contained the essence of that which they represented. In fact, ancient kings would put images of themselves in places in order to claim their territory, control, and rule in those places. So the fact that you were created in the image of God means that you are meant to bear God’s essence wherever he has placed you. You were designed to represent God and act as on his behalf to this world. You were created to display the character and nature of God to the world who is in desperate need of him.

2. You were created in God’s likeness.

We typically think of the terms “image” and “likeness” as the same thing. But image typically means essence—God’s character. Likeness means a physical similarity. In other words: somehow, you look like God! Isn’t that an incredible thought? Before you did anything right or good, before you were even born, God designed you to resemble him. That should give you a sense of great dignity. You are not a mistake. You are not an afterthought. In fact, it’s been said that a great work of art is a masterpiece when the artist puts herself in the art. In the same way, you are a masterpiece of God’s own making. 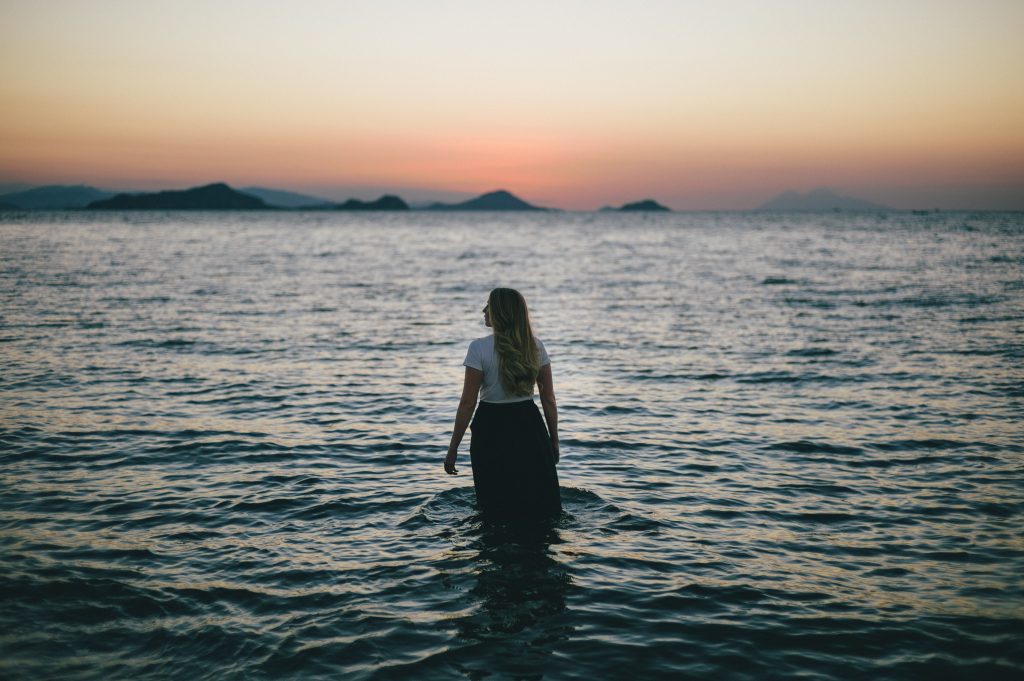 3. You were created with purpose.

Ever noticed that everything God made was for a purpose? The sun, moon, and stars were created to light the skies and govern the days and nights. The land was created to produce vegetation, and those plants were created to bear fruit. Even water was created with purpose—to keep us alive, and to teem with living creatures. Similarly, you were created with a specific purpose in mind. If you don’t yet know your purpose, God is not trying to hide that from you. Ask him for help and guidance. Ask your community what they think your purpose might be. And start living on purpose, with purpose, and for a purpose.

4. You were created with goodness and blessing.

When God created man and women, he spoke a blessing of goodness over them. Don’t ever believe the lie that God is withholding goodness from you, or that you have to pry blessing from his hands. He pronounces blessing and favor freely and abundantly over all who call upon the name of Jesus. So spend time with him, enjoy him, and live on mission for him. You will find that his goodness and blessing are yours in Christ. 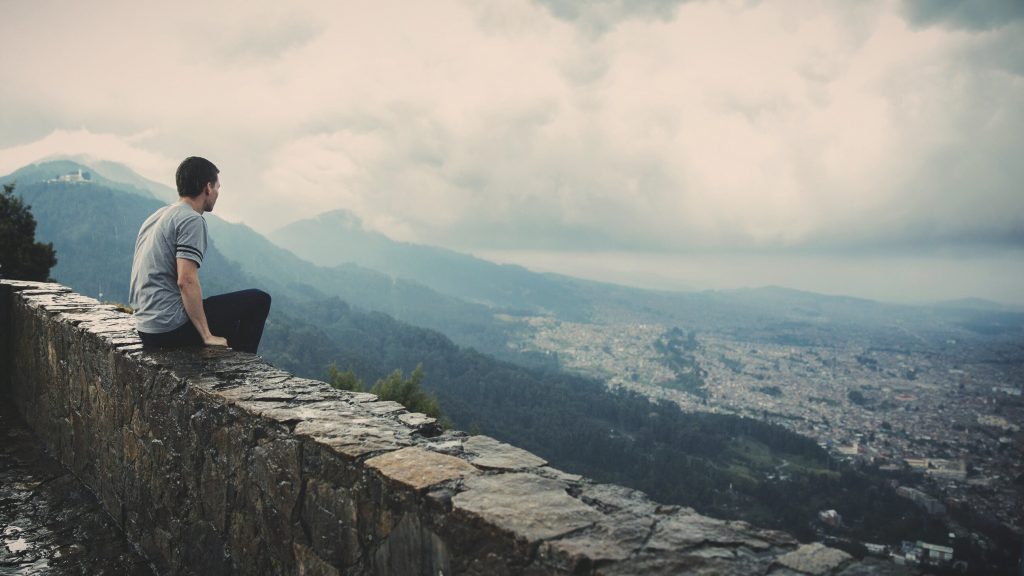 What’s also implied in the above verses is what God creates, he names. Genesis 5: 2 reminds us that God named humankind when he made us. And throughout scripture, we see God naming or renaming his creation. In the ancient world, the name of a person was wrapped up with distinguishing characteristics about them or with who they will become. Also, to name something meant you had authority over their destiny. Woman, as a follower of Jesus, God is your Namer—which means that even when the world tries to tear you down, you have been irrevocably named as God’s own daughter. God has named you, which means he is declaring his unique authority over your life, his good and perfect plan for you, and his power to make all things work for your good. Worship him today.
Hold your head high, daughter of God. Walk tall. You were created with such wonder.

This article was originally published on PropelWomen.org. Aubrey Sampson is the author of The Louder Song: Listening for Hope in the Midst of Lament. Learn more about the book or read a free chapter here. 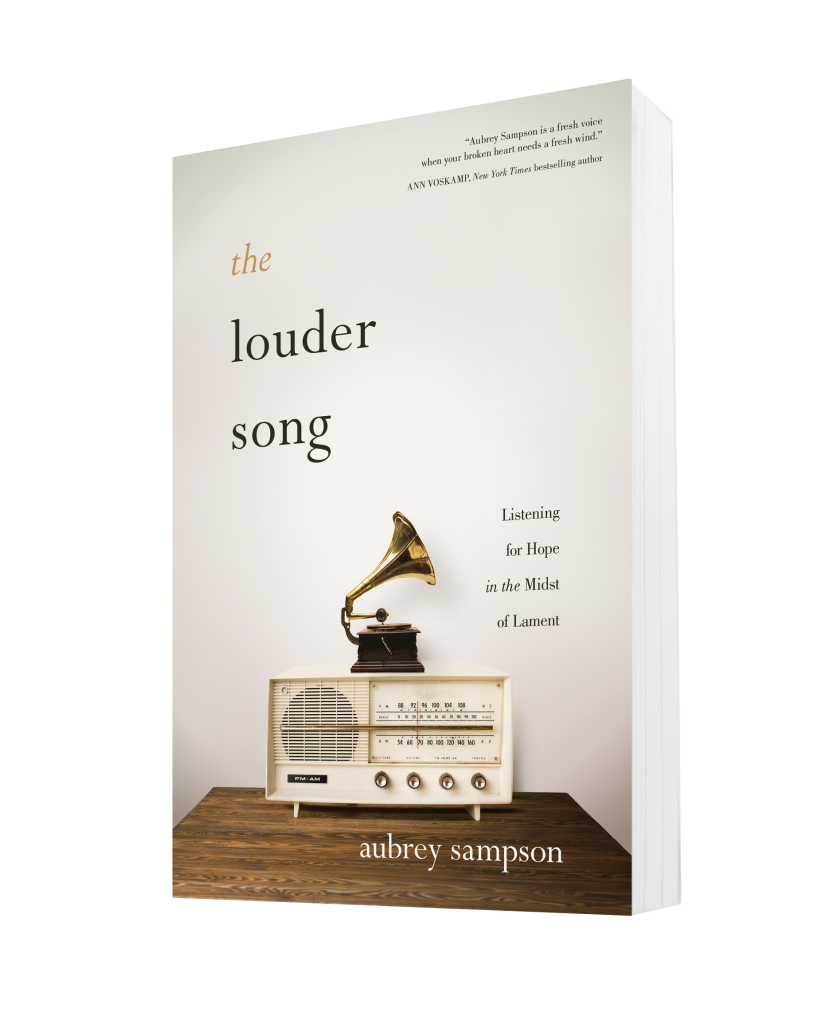 Latest Articles:
Who Should I Invest My Disciplemaking Efforts in?
The Problem of Evil in Batman v. Superman
Four Words that Help Move Me from Grief to Acceptance