[maxbutton id=”1″ ]
When I was a young Christian, the Holy Spirit put in my heart such a yearning for Scripture that I began reading through the New Testament every week. By the end of my second week, I was astonished at what I was beginning to discover: Most of the verses I had memorized and was quoting meant something different in context!
I saw that I had been treating much of the Bible as a collection of memory verses with irrelevant text in between. Yet God inspired every line of the Bible for a reason—this includes the many verses that we rarely teach from or apply to our lives, perhaps because we don’t understand them. As part of a larger context, they make sense. Even when we get the basic sense of verses right, we would go so much deeper with context.
To illustrate how much more attention to context is needed, let’s examine a few of the passages we often use without thinking of their surrounding text.

When I ask my students who the thief is who “comes only to steal and kill and destroy,” most instantly reply, “The devil.” That assumption is natural: The devil does, after all, steal, kill, and destroy. But when I ask the same students to read the passage in context, they all independently come to an identical conclusion: The thief represents false teachers. Whoever tries to get to the sheep without coming through Jesus (the gate) is a thief and a robber (Jn. 10:1). Thieves, robbers, and wolves seek the sheep to devour them. By contrast, the Good Shepherd died at the hands of such thieves to protect His sheep (vv. 11-15) and ensure them life.
If we read the context further, we see that Jesus was confronting the Pharisees, who claimed to be Israel’s shepherds. They had expelled from their religious community a man whom Jesus had healed, but Jesus welcomed the man as one of His sheep (see John 9). 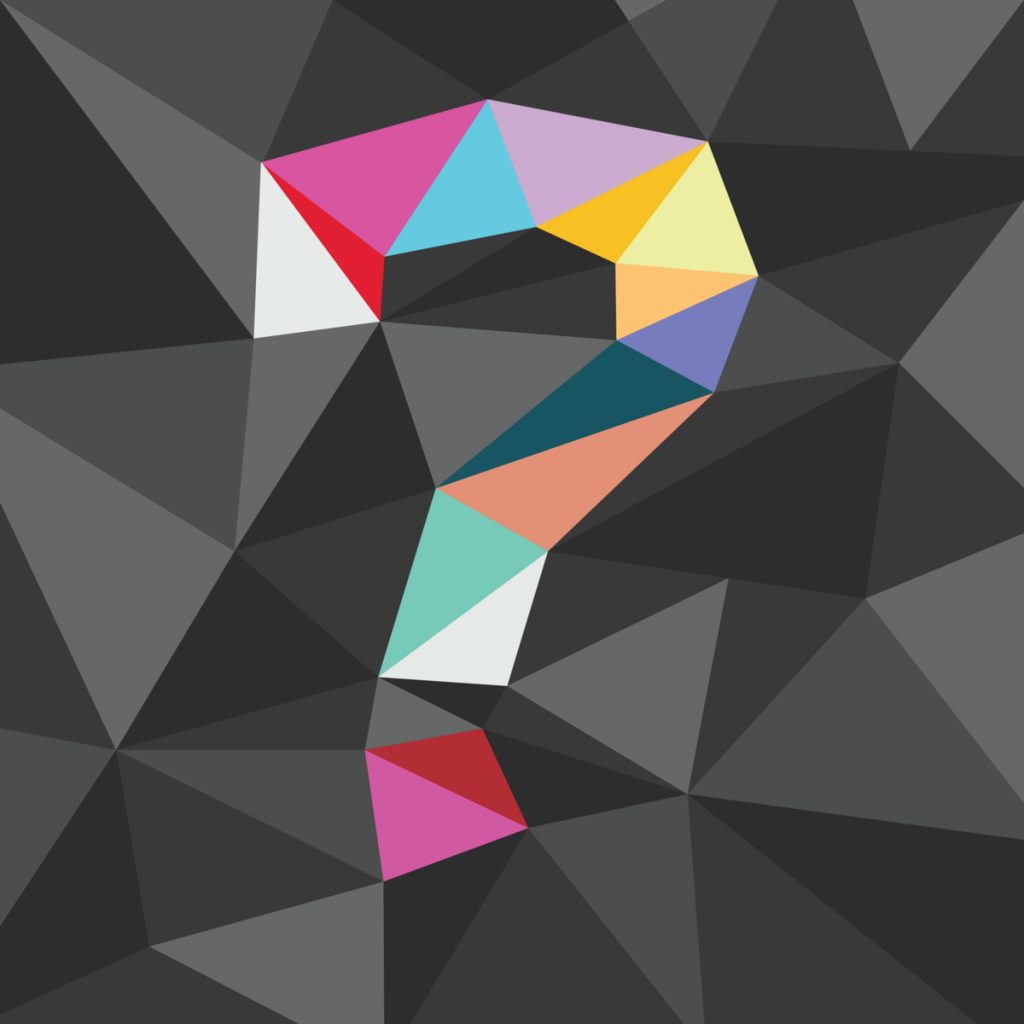 The principle remains the same today: Those who seek to lead us away from Jesus are thieves. Is this true of the devil? Certainly. But if we apply the verse only to the devil, we miss how it applies to thousands of the devil’s agents in the world today.

We often sing the song, “Lift Jesus Higher.” Part of the lyrics are taken from Jesus’ words in Jn. 12:32: “If I be lifted up from the earth, I will draw all men unto me” (KJV ). It is biblical to “lift Jesus up”—Scripture summons us to “exalt” the Lord. But is that what Jn. 12:32 means? The passage itself leaves us no room for doubt as to its meaning.
Verse 33 explains, “This [Jesus] said, signifying by what death He would die” (NKJV ). In the ancient world, “lifting” could mean exaltation (Is. 52:13), but it could also mean hanging (Gen. 40:20-22), including by crucifixion. (This is why Jesus earlier told His enemies that they would lift Him up. See Jn. 8:28).
In John 12, Jesus predicts that He will draw the world to Himself through His death on the cross. If we meant the song the way John meant the verse, we would be singing, “Crucify Him! Crucify Him!” Of course, God knows what we mean. But we would do well to look up verses in context before quoting them in a song.

Many churches quote or sing, “This is the day the Lord has made; let us rejoice and be glad in it” every Sunday morning, but most members do not catch the full import of this verse. We think it means we should rejoice in every day God has created. While it is true that we should rejoice in the Lord always (Phil. 4:4), the psalmist had a specific day in mind.
The psalm refers to a day of God’s triumph, when God made a stone rejected by the builders into the chief cornerstone (Ps. 118:22). This was the day in which we should rejoice (vv. 23-24). The New Testament applies this rejection and triumph to Jesus’ death and resurrection (Acts 4:10-11)—the ultimate cause for celebration. When I sing this verse, I remember the greatest gift God has given us: the death and resurrection of His Son.

Context is not just the verses immediately before and after a verse. God gave us the Bible one book at a time, and context invites us to read each passage in light of the entire flow of thought within the book to which it belongs.
One writer attacked the story of Judah and Tamar as “a filthy, dirty story.” This story narrates how Judah went in to a woman he thought was a prostitute, not knowing that she was his daughter-in-law, and got her pregnant. But this passage’s detractor would have done better to read the chapters surrounding this story before complaining.
The account of Judah and Tamar in Genesis 38 is sandwiched between two accounts about Joseph. In the first, Joseph’s brothers, led by Judah, sell Joseph into slavery. In chapter 38 then, we see that bad behavior catches up with those who practice it: The same brother who sells Joseph is now exposed in a sin he cannot deny (vv. 23-26).
In the account about Joseph that follows Judah’s sexual sin, Joseph rejects the advances of his master’s wife (39:7-10). Taken together, these chapters offer a deliberate contrast between the sexual behavior of Judah and Joseph and, thus, challenge the double standards of their day.
Most cultures in the ancient world punished women who were immoral but allowed men to “play the field” so long as they did not do it with another man’s wife. Judah behaves like other men, but Joseph, who is righteous, refuses to sin even when threatened with punishment for that refusal.
Nor does the contrast between Joseph and Judah end there. Judah degraded himself by surrendering his marks of personal identity—including a ring and a chain—to a woman he thought was a prostitute (38:18). God’s reward for Joseph’s virtue, however, offers a stark contrast: Pharaoh gave Joseph the same kind of identity markers—a ring, robe, and chain—as symbols of his exaltation (41:42).
Three chapters later, we find that Judah is willing to become a slave himself rather than let his younger brother be enslaved (44:33). Judah is no longer the wicked young man he was when he sold Joseph into slavery. What constituted the turning point in his life? The best clue the narrative offers is that God used Tamar to confront Judah with his sin.
In context, then, the story of Judah and Tamar is not a “filthy, dirty story.” It belongs, instead, to a tale of virtue, repentance, forgiveness, and reconciliation.

I like to teach from passages that pull together many of the themes of the books in which they occur. One such example is the Great Commission in Matthew’s gospel. The rest of Matthew prepares the way for this rousing conclusion.
Even though our classes will probably not let us read the entire Gospel of Matthew to them before we teach its conclusion, we can simulate the effect by summarizing the themes that climax there. To explain this passage fully, I could use each of the themes in this commission (such as Jesus’ authority, making disciples, or Jesus’ teachings) as topics in my presentation. Then I could fill in each of those topics with what Matthew says about the subject earlier. In this way, I invite my listeners to hear afresh the gospel’s message the way God’s Spirit first inspired it.
I will illustrate this approach with one of the themes in this commission: the command to disciple “the nations” (v. 19). Although Matthew wrote this gospel especially for Jewish Christians (in his day the majority of believers), this conclusion would not have taken them by surprise because Matthew prepares them for it through

Although it can be helpful to illustrate this call to missions from other parts of the Bible, I doubt that we can improve on the way God inspired Matthew to preach it. By tracing the theme through this entire book, we invite others deeper into this passage of Scripture in a way already implied in the text itself. In the process, we model for our hearers an effective way to study the Bible on their own.

Many of the verses we quote by reflex mean something more than, and sometimes some- thing different from, the way we use them. Often taking a few minutes to read those verses in context will revolutionize our understanding of them.
At other times, context invites us to press even deeper. When we read a passage in light of the section or the book in which it appears, we grasp more fully the impact God intended it to have. Although reading an entire book of the Bible takes more concerted effort than just reading a paragraph, it offers us more long-range insights into God’s wonderful message to us.
We live in an “instant” culture that delights in shortcuts, but we cannot settle for prepackaged verses we have heard quoted by others—even by “everyone else.” Proverbs exhorts us to be diligent in seeking wisdom and knowledge. We must study the Bible passage by passage and book by book. Only then will God begin to open fully the treasures of wisdom and knowledge He has given us in Scripture.

CRAIG S. KEENER, a New Testament scholar, is a professor at Palmer Theological Seminary and author of 12 books. He is also an associate minister at Enon Tabernacle Baptist Church in
This article was reprinted with permission from Ministries Today, July/August 2005. Copyright © Strang Communications Company, USA. All rights reserved. www.ministriestoday.com
Used by permission of Discipleship Journal. Copyright © 2006, Issue 155, The Navigators. Used by permission of NavPress. All rights reserved. www.navpress.com.

[lab_subscriber_download_form download_id=6]
Latest Articles:
FREE DOWNLOAD: 7 Days of Praying The Message of Hope
Why Lent is Good for Your Brain and Your Soul
How To Rise Above Discouragement

4 thoughts on “Does the Bible Really Say That?”