The stories Jesus told are the greatest stories ever told.
That’s a bold claim in a world filled with stories. If it’s true, then this book is worth your time to read. Let me see if I can back it up.
Jesus was a master storyteller. It’s been estimated that up to a third of his teachings came in the form of stories (often called parables) about the Kingdom of God. If you want to know Jesus or understand God’s Kingdom, then you have to wrestle with the parables of Jesus.
I say wrestle rather than simply read or hear because that is the point of the parables. They are not just stories to be heard; they are riddles to be unlocked. In fact, the Hebrew word for parable means just that: a riddle.[i] The Greek word for parable means “to throw alongside.”[ii] Like a farmer throwing seed on soil, Jesus is not just telling stories; he is “throwing riddles alongside.” Alongside what? Another story: ours.
In considering these riddles, viewpoint is everything. A theologian once told of a time when he held his infant son up in front of a mirror. The baby moved; the reflection moved. The baby waved; the reflection waved. Suddenly the youngster’s face lit up. He realized, “That’s me!”[iii]
That is how these riddles work. The parables begin as black print on a white page. Told long ago in a faraway place, they seem to have no relevance to our day and time. But as Jesus tells the stories, the time and space seem to disappear. On the pages of Scripture, you see a reflection of yourself and an invitation to join in and live in the Kingdom of God. They are the greatest stories of all time because of who told them but also because they have the power to change us. 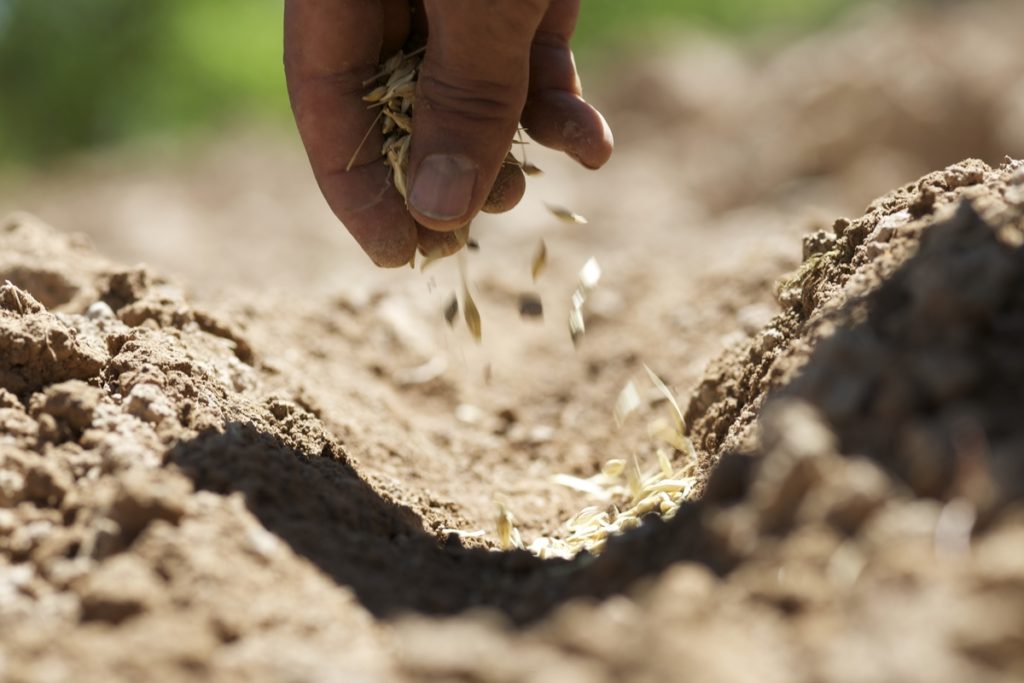 If these stories are the greatest ever told, we would expect to see that they have stood the test of time—that they are resilient and relevant across cultures and generations. And, in fact, that is what we see. They have inspired people to create some of the most beautiful art ever created: paintings, sculptures, stained-glass windows, poems, and songs ranging from hymns and symphonies to rap and rock. References to the parables of Jesus are everywhere.
It’s not just art. Countless hospitals are named Good Samaritan. Every time you hear of a talent show, you are hearing the echo of one of the parables of Jesus. And most people, including those who have never read Jesus’ actual parables, know that a prodigal-son story is one of loss and redemption.
The parables of Jesus were always drawn from daily life. They are stories about fathers and sons, farmers and seed, business agreements and fishing trips, baking and banquets. They have been called earthly stories with heavenly meanings, but that can be misleading, suggesting that they have nothing to do with the here and now. It is more on target to say that they challenge us to join in with God’s work in our everyday lives.
Jesus’ stories connect us to him. We are told that “Jesus used many similar stories and illustrations to teach the people as much as they could understand” (Mark 4:33, nlt). Apparently, Jesus knew that we are wired for stories and can be rewired by stories. Recent brain-scan studies show that stories influence our thoughts; moreover, the mere act of storytelling cultivates a relationship between the storyteller and listener.[iv] The closer the connection, the greater the listener’s understanding of not only the story but also the storyteller.
The more we understand Jesus’ stories, the closer we will be to him. Likewise, the closer we desire to be with him, the more we will understand what he is saying through his stories. It’s a virtuous cycle. As Jesus observed, “Whoever has will be given more, and they will have an abundance” (Matthew 13:12). However, for those with hearts hardened toward him, the parables might never move beyond being merely interesting stories (see verse 15).
Jesus’ parables require us to think, pray, wrestle, and do some soul searching as these down-to-earth stories give us a view into how the Kingdom of God operates. When we do these things, not only do we see the Kingdom of God, but like the baby in the mirror, the stories help us see ourselves and the condition of our own hearts in light of the stories Jesus tells. Our understanding and our hearts are tied together. 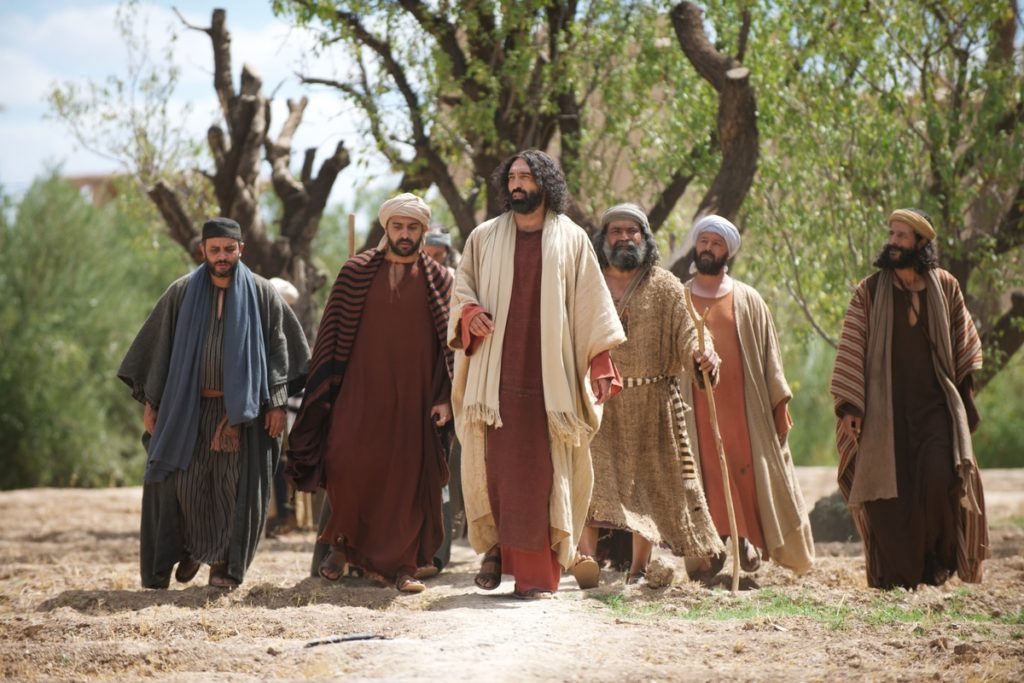 Yet when Jesus’ disciples asked him about the parables that they did not understand, he explained everything to them (see Mark 4:34): They could discover the purpose of the parable by simply asking Jesus. Thankfully, we have not only the parables of Jesus but also some of his explanations recorded afterward.
The parables are concise with intriguing plots usually with crises of some sort. They always include a surpsie from what we may have initially expected. By the end of the stories, we are always left to issue verdicts. However, the point of these verdicts is not to simply say the right answer; it’s to live the right answer. The stories do not end when Jesus finishes telling them. They continue in our own lives as we grow, change, and do life differently because of them.
Jesus’ parables were almost always told to groups of people. At the end of the book, you will find a section with questions for each chapter. You can use these to guide your own personal reflection. Even better, I invite you to use this book with a small group to grapple with the parables together as Jesus’ original listeners did. We will be considering fifteen of Jesus’ parables, but you can find a list of twenty-nine of them at the end of the book to further your growth in following Jesus.
So come with me as we take a look at some of these riddles that Jesus throws alongside our lives so we can better understand and live out this thing called the Kingdom of God. These down-to-earth stories not only hold the power to entertain, intrigue, and make us curious but also have the power to help us clearly see and know God, make a fresh start, set priorities, forgive, maximize our talents, cope with evil and suffering, and love others well.
They are not just stories to be heard; they are stories to be continued. The parables of Jesus come to us with surprising twists and different perceptions to teach, challenge, convict, heal, comfort, and motivate us. They are the greatest stories ever told because they hold the power to change the world. In fact, they already have. But they are not done. Now these down-to-earth stories have come to change your world too.

You’ve been reading with Tom Hughes from Down to Earth: How Jesus’ Stories Can Change Your Everyday Life. Read a free excerpt from the beginning of the book here or learn more about the book or the YouVersion reading plan at downtoearthbook.com. 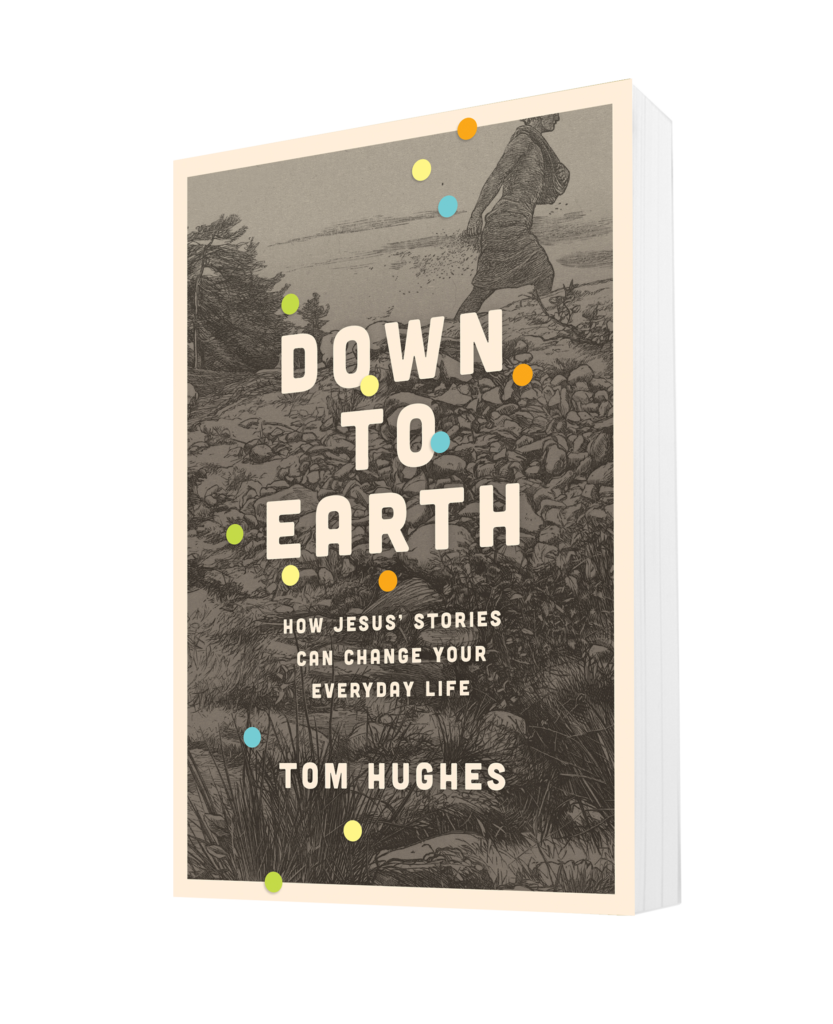 Latest Articles:
Caregiver, What Do You Need to Cross Off Your List?
Are You Up to the Call of Caregiving?
Iron Sharpens Iron Man

1 thought on “The Greatest Stories Ever Told”