I was in seventh grade when Mom and Dad bought a run-down cattle ranch about thirty miles northeast of San Jose. Besides the sprawling but neglected ranch house, there were acres of rolling hills, fenced pastures, and decrepit fruit trees, along with a seasonal creek.

With just one brief excursion to Oklahoma, I had lived in San Jose all my life. But things were changing as I entered middle school, and not for the better (I talk about it in chapter 8 of my book, Salvaged, about having friends in low places).

Dad wanted land and an escape from his daily junkyard routine. Mom wanted a real garden and fresh air. And twelve-year-old me was game to try anything.[1] 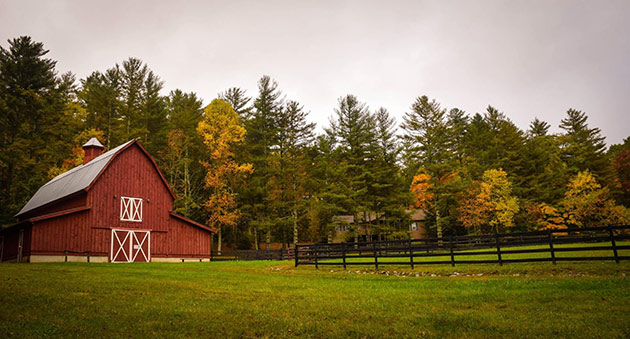 And then things got squirrely.

The ranch was perfect, apart from the approximately five bajillion ground squirrels already living there. These weren’t cuddly Disney-style critters, mind you . . . they were vicious little critters. And in the absence of engaged owners, the squirrels had been running the ranch for years. They felt extremely entitled to the tunneled metropolis they’d excavated.

What they’d created was amazing, in its own way. Everywhere you looked—flat pasture, sloping orchard, creek banks, front yard—you saw holes. Infinite holes. The ranch was a rule-free paradise where the squirrels could dig to their little hearts’ content.

Naturally, Dad decided to kill every last one of the buggers.

Not because he hated squirrels exactly, but more because he needed to protect our new herd of cattle. The cows weren’t the smartest creatures to begin with, and when you add in spindly legs and gigantic torsos, tripping in a squirrel hole can amount to a death sentence for a cow or a huge vet bill for the owner. 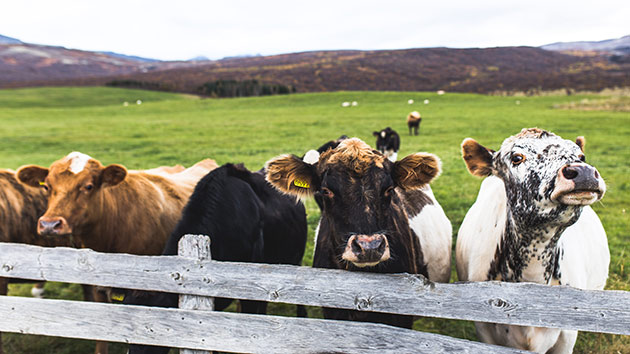 Dad drove down to the Farm Bureau, and the good folks there supplied him with grain that was laced with a deadly poison. (Not just deadly to squirrels, either, but in 1972, that didn’t seem to be on people’s radar.)[2]

So Dad pastured all our livestock together in a safe spot, scattered that grain around as many holes as he could find, and about two days later, squirrelpocalypse arrived. Not that all the squirrels suddenly vanished, but it made the problem manageable. Problem solved, with impressive results!

If it solved a problem before, it will solve a problem again.

In our businesses and organizations, we often face a temptation immediately after achieving something impressive. We want to do it again. Replicate it immediately. Apply it to other situations.

And that’s exactly what Dad did.

See, our wrecking yard had a similar problem. Instead of squirrels we had filthy rats, and instead of holes we had rafters. (And instead of livestock we had . . . junkyard customers. But that’s taking the comparison too far. Probably.) 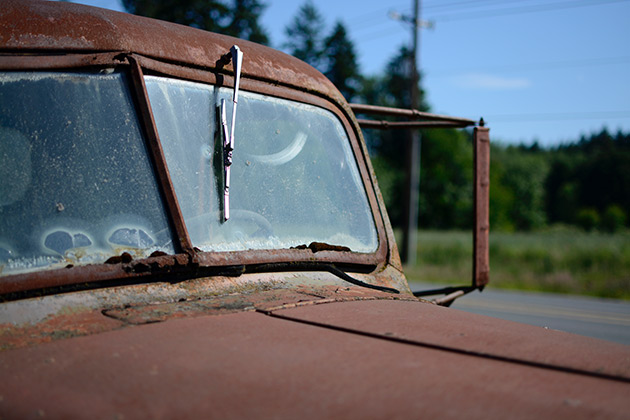 Rats in rafters weren’t just bad because of the scurrying and gnawing and general mess. They also crapped on everything. Counters, customers, ledger books, the floor.

One Saturday, Dad lugged his leftover Farm Bureau grain down to the junkyard, scattered it around after work, and waited for the magic to happen.

Boy did it happen.

I know because I was working the shop the Monday after the poison kicked in. Like a normal Monday, the cavernous metal building smelled of oil, gasoline, and cigarette smoke. Dust and grime covered or coated nearly every surface. The employees arrived in various moods and states of alertness, and then customers showed up and began to browse the racks of parts. 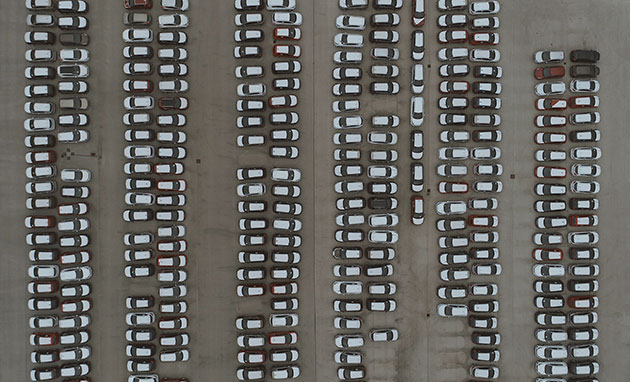 Very much unlike a normal Monday, however, dead rats began to rain from the rafters.

Thwump. A nice fat rat keeled over on his rafter and plummeted down, down, down . . . right onto the back of Angel, who was leaning over the engine he was working on. I knew quite a few Spanish cuss words already, but apparently there were some I’d missed.

Thwump. Another bounced to the middle of the shop floor, just as a customer was walking through the front door.

Thwump. A third hit the countertop, right between the cash register and the phone. 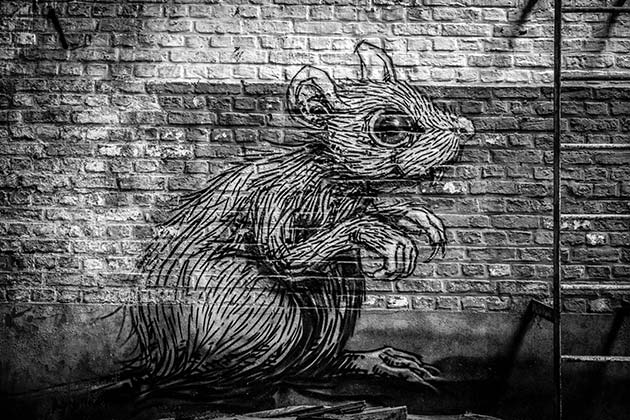 It rained rats for the rest of that day, and understandably, most customers fled.

The next day a few new customers came, specifically to see the dead rats. Let’s just say that’s not the kind of new customer you want.

Sales plummeted for a time. (Like poisoned rats.) Once word of our incident spread among the other wrecking yards, the party-style phone lines we used to trade parts lit up with joke after joke after joke.

Yeah, any yards out there with an exhaust manifold that’ll fit a ’60 to ’63 Lincoln Town Car . . . preferably without any dead rats clogging it up? 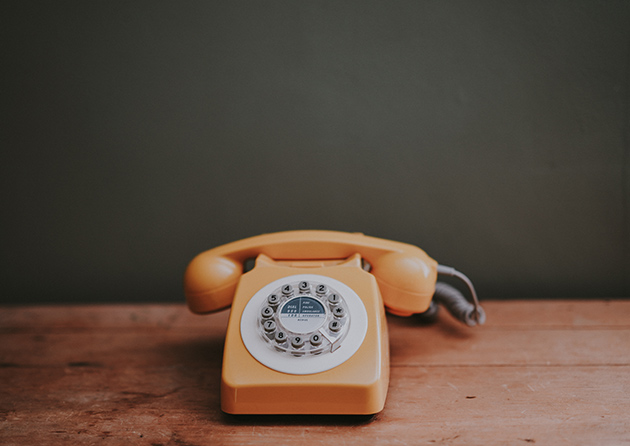 In a few short days, Dad had raced through all five of the emotional stages of rat exterminating:

The junkyard rats were dead, but in hindsight, Dad would have chosen to let them live. Poisoning the squirrels was a win. We got those holes filled in, let the cows out, and everyone was happy. (Except for the squirrels, of course.) Poisoning the rats was absolutely a loss. We killed the rats, but we hurt our business too. And really, was the rat problem so bad that we needed to go nuclear on them? 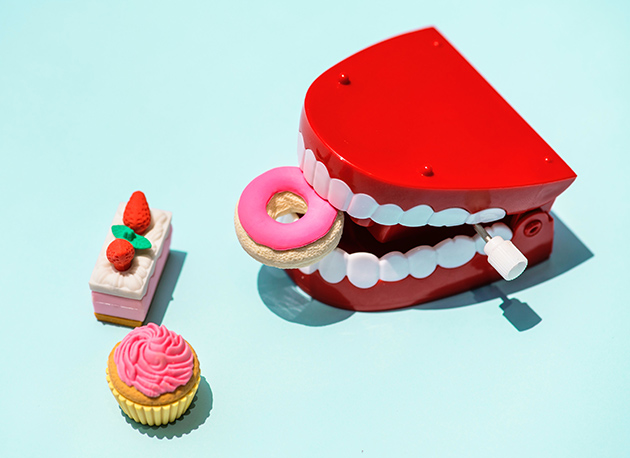 The Bible contains a few cruel stories that can make us squirm—a bit like rat poison. The tale of David and Bathsheba (and Uriah) is certainly one of them—and the raw brutality of it can be lost if we skip straight to the moral. So let’s make sure we know the facts before drawing any conclusions. King David spies on Bathsheba—who happens to be married to one of his soldiers, Uriah—while she’s taking a bath. David likes what he sees so much that he sends “messengers to get her” and bring her to the palace.[3] That adulterous one-night stand results in pregnancy. King David’s solution? Murder Uriah. And this from one of our favorite Old Testament heroes, a “man after God’s own heart.”[4]

Talk about a solution that’s a hundred times worse than the problem! (If you want to read the full story, by the way—and it’s more brazen than this summary—check out 2 Samuel 11:1-27.)

Being a good leader can mean resisting the temptation to double down on our mistakes. It can also mean, as with my dad and the squirrel poison, resisting the temptation to apply a specific solution (reducing the squirrel population) more generally. I can say this for my dad’s attempt to rid the junkyard of rats: at least he based his bad decision on the success of a previous decision. King David didn’t even get that much right. He began with a bad idea when he caught a glimpse of Bathsheba, then compounded his mistake by “inviting” her over to the palace. David then made it even worse by failing to take responsibility for his actions. Oh, and I’m pretty sure having her husband killed earned David a mark in the negative column! 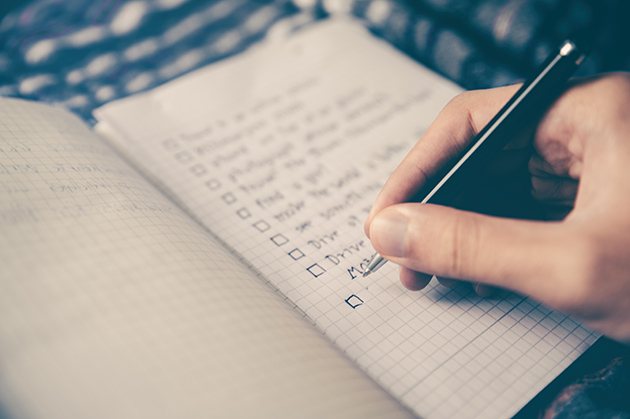 You have to admit: That’s an impressive string of consecutive bad decisions! My dad learned his lesson after the rats started falling from the rafters, but King David didn’t learn his until the prophet Nathan confronted him.[5]

In our businesses and churches and organizations, not every rat needs to be killed. Most of us should learn to live with a few rodent issues.[6]

Not every difficult customer, tense relationship, or supply-chain kink needs to be eliminated. Living with a problem is sometimes the wisest and most effective course of action. Not because the problem is so wonderful, but because eliminating the problem might spawn something even worse.

Being a good leader can mean resisting the temptation to double down on our mistakes.

Living with a problem is sometimes the wisest and most effective course of action.

[1] Quite a change from the junkyard. Can you say culture shock? I went from greasy work boots to cowboy boots covered with, um, something else.

[2] Okay, so it was on the radar for some people. The world owes folks like Rachel Carson a big debt. Rachel Carson, Silent Spring: The Classic that Launched the Environmental Movement(Houghton Mifflin, 2002).

[3] Doesn’t sound like she had much of a choice.

You have just read chapter 3 from the book, Salvaged: Leadership Lessons Pulled from the Junkyard by Roy Goble. 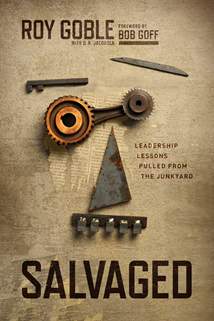